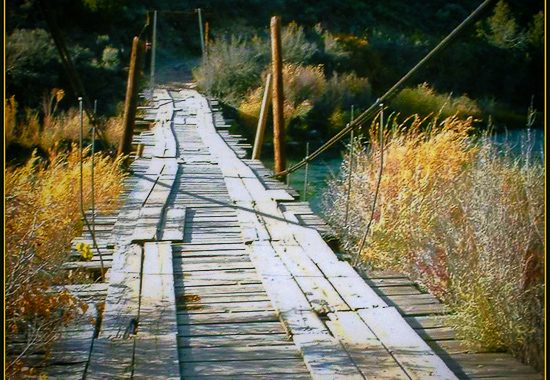 The Swedes died in droves on the Karluv Most.

Taking and holding Old Town Prague was the key to Königsmarck’s strategy of ending the Thirty Years War. But even the Flying Column, famous from Breitenfeld and the Pomeranian campaigns, couldn’t make the crossing.

Legends say that eggs were added to the mortar of the bridge to strengthen it against the spring floods of the Vlatava – not to mention invading armies.  Further precautions were taken in the construction by targeting the exact start of the building for July 9th, 1357 at 5:31 in the morning – the optimal moment to begin building a bridge because these numbers formed the sequence 135797531, a palindrome symbolic of a sturdy bridge.

Bridges aren’t a thing to be taken lightly.

There are the obvious benefits to bridges. That they allow us to bypass obstacles goes without saying but is it clear that they offer a new path, one less tenuous or precarious and possibly one that takes us completely outside of the box into a whole new way of knowing? In dream interpretation the river can symbolize your emotions and the bridge a way to overcome the emotions and make a choice that takes us to a new phase. In the Tarot, the bridge serves as a journey into a separate realm – the one that divides the living from the dead.

Surly there was something to that viewpoint in the late summer of 1648, even if the laws were somewhat perverted by the bridge itself being the death-zone while those who refused to set foot on the structure were the ones to survive.

Karluv Most, also known as the Charles Bridge, was the first to link the two sections of Prague but it was and remains the most important of the seventeen structures crossing the great Vlatava.  Thus the precautions.

When the Swedes had left, many said the only reason the bridge held was thanks to these safety measures. The accuracy of the palindrome 135797531 was vital to the Medieval mind because it was the literal manifestation of the eternal mind of God. Remember, Pythagoras had been sure that the order of numbers represented the projections of God and the only thing that was orderly, was Heaven.

In 1714 the Armenian Deodatus Damajan crossed the Karluv Most and opened what was probably the first coffee house in Prague.

So I ask you, is there a crossing that doesn’t matter?

January says: “This bridge, originally built in 1938, is located in one of Florida’s first state parks, and is quite a lovely sight. At first, I was in awe of the surroundings of the park but this bridge reminded me of a simpler time. It takes you back on to a trail that seems almost primordial. Just be sure to bring a hearty supply of bug spray since the mosquitoes are quite friendly here.”

Sharing the planet one blink at a time, January Sadler is the owner/photographer of JDawnPhotos

“Glen-Woody Bridge, on the Rio Grande, south of Taos”

Marti says: “For my dad, Jack Reed the Weather Wizard, this bridge was his favorite spot to go fishing while growing up in 1930s Santa Fe. It was also his favorite bridge in New Mexico (his dad designed the Rio Grande Gorge Bridge). His grandfather lived downstream as a hermit, running and monitoring the Embudo gauging station.

Returning from Taos one day in the 1990s, I took this picture. I found it on his desk after he died.

The bridge was built on piers from an earlier bridge burned during an 1870s Apache raid. It served a quartz-mining camp built in 1902 for the Glen-Woody Mining and Milling Company. They mined the enormous quartz deposits along the river.

By 1920 the mine’s future seemed bright. A small town grew up. But the venture proved unsuccessful, the town was abandoned, and Glen Woody’s hotel and buildings rotted away. Ashley Pond bought it for fishing parties. I wonder if my dad fished there alone or surrounded by Ashley Pond’s guests!”

Jim says: “Walking bridge was built in 1900 by the Japanese at “Lili’uokalani Gardens” on the big island in the town of Hilo, Hawaii.  I lived on the Big Island about 40 minutes from Hilo in a small town of Volcano were I was working on a coffee ranch.  On my time off I would go to the beach or park to get away from the the jungle.”
Jim Cox can be found at his art studio in Arroyo Hondo, New Mexico.

John introduced us to the photo editing program GIMP and guest-posted this awesome photo two months ago. Hear and see more from John at JohnMata.com

Steve says: “This is Coronado Bridge in San Diego. I took it while on the Harbor Cruise. I like the gray tones (although I shot it in color and didn’t adjust to b/w). This bridge dates to the 1969. Prior to that getting to Coronado from San Diego meant either taking a ferry or traveling way south and curving back north along the Strand. This is a magnificent bridge and I love seeing it from beneath.”Steve and his lovely wife Billie are The Santa Fe Travelers. Check them out.

Jess says: “Sandy Creek Covered Bridge is located near Remote, Oregon, between Coos Bay and Roseburg in a small roadside park on State Highway 42. Hwy 42 is a pleasant drive from sea level at Coos Bay to Roseburg through the coastal mountains in south Oregon.  It was used until 1949, when the highway bypassed the bridge.  Thousands of motorists once used it to get to the coastal beaches.  Oregon originally had over 300 covered bridges, but only 53 remain.We do not see a whole lot of covered bridges in the west, so Linda and I decided to stop and check it out.  The original road bed is gone and has been replaced by a pedestrian walkway, but it gave us an idea of what travel on the narrow roads in the 1920’s and 30’s must have been like.  This is lumber country; logging trucks must have shared this bridge with automobiles.”Camera: Nikon D200, Lens: Sigma DC 18-50mm 1:2.8 EX Macro, Taken: Aug. 28, 2008

Jared says:  “Gambling houses, saloons, mining operations, livestock ranches, shops, and more…just a few of the business endeavors created and owned by Mr. John Dunn.  Living in Taos, New Mexico, he also built and operated this bridge, charging a toll for people and livestock to cross the Rio Grande River.  Well, not this bridge exactly.  It is the third edition.  Until 1970, it was the only way across for miles and miles.  A harrowing switchback awaits travelers on the west side.  Since Mr. Dunn’s time, new ways of crossing the gorge have developed.  Do you think he ever thought of this?”

Debra says: “Every year my husband and I go down to the Florida Keys for our anniversary. This Bridge is located in Bahia Honda Key. I took this image at Bahia Honda State Park, one of Florida Keys beautiful beaches where we love to go photographing the beautiful sunsets, sunrises and underwater photography while snorkeling.

Bahia Honda Rail Bridge was built as part of the Overseas Railroad in 1912 and converted for highway use in 1938. This bridge was the primary road to the island of the lower Keys, and served as the primary evacuation route. Today the bridge is used as a scenic over view of the area, and is one of our favorite places to take beautiful sunrise and sunset pictures, as you can walk on this bridge to the first one of the 2 of the truss spans that have been removed in order to allow boat traffic to pass thru.”

The truth is, If I hadnt met that kid outside the refugeee camp and if that kid hadn’t picked my pockets clean outside the vegetable stand, the fog would’ve enveloped the bridge entirely before I’d gotten to the edge of the Vardar.He nailed me in the old bazaar while it rained.  The kid had seemed trustworthy enough at Katlanovo so I took him up on the offer and paid him a few dollars to tour me around.  I didn’t realize the camera was the only thing I had left until it dawned on me he’d never quite returned from the coffee run. And all my zippers were open.I raced for the Vardar where I knew the kids from the camp passed time in the shadows of the trees.  He wasnt there.  I snapped a few shots on the way and ran on to Macedonia square where I though I might find him. It wasn’t until Friday that I had that kid by the wrists and raided his pockets until I had my passport.  He was sheepish and sorry all through. Then I bought him a Pepsi just to rub in the guilt a bit.
You know where to find me……