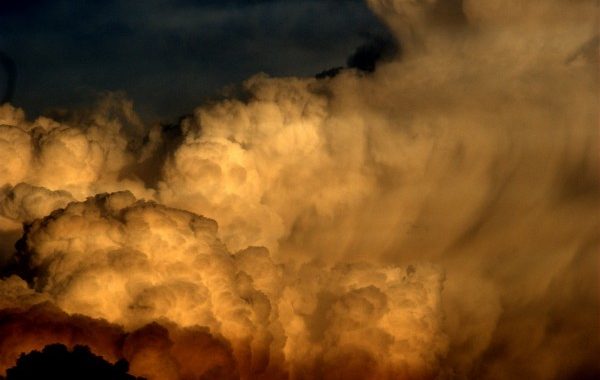 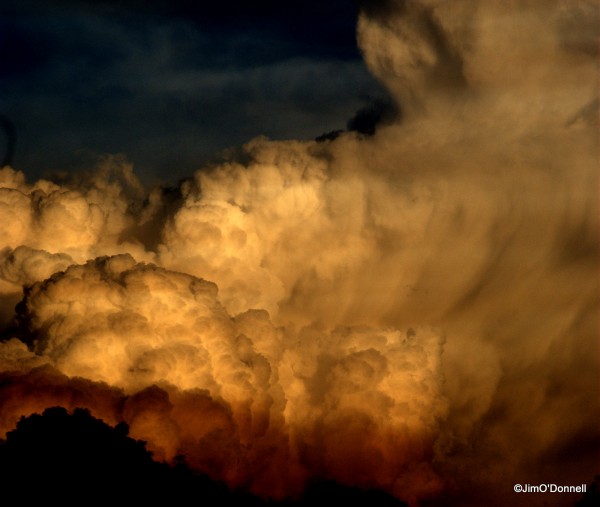 My nose is full in the morning and my throat hoarse all day. The multi layers of brown in the air don’t really go away – for months at a time now it seems.  Evening is a hauntingly beautiful and eerie glow. Describing it as “hellish” would be a bit cliche and seemingly over-dramatic. And honest.

It used to be that little fires swept clean the forest floor. These “cold fires”, sparked by lightning, were generally small. The cold fires cleaned up the ground surface, keeping it open, savannah-like and resilient. In those days, fires didn’t burn in the canopy.

A telephoto lens is perfect for zeroing in on the carbon contaminated thunderheads to the south over the Sangre de Cristo Mountains of northern New Mexico. Those giant thunderheads promise rain but they don’t deliver.

The day after summer solstice will be much as the day before.  Hot, windy, dry and filled with the smoke of a hemorrhaging landscape.

EDIT: I’ve had a number of questions regarding this photo. It is NOT smoke from a fire but rather a thunderhead that is colored with light that is filtered through smoke from all the fires.  Sorry for any confusion. (6.20.12., 511pm)