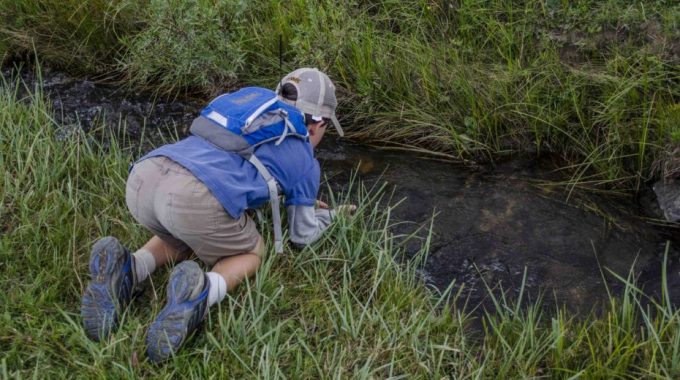 Wetlands are lands saturated with water all or part of the year. We know them by many different names. Marshes, bogs, swamps, morass, muskegs, sloughs, fens, fenlands, bayous and boglands.

I’m a big lover of wetlands. They are some of the worlds most productive ecosystems. Wetlands support an incredible array of  species. From microbes, plants and insects to amphibians, reptiles, birds, fish and mammals. They are fun and fascinating places to explore. But wetlands are vitally important for many other reasons. EarthShare compiled these Top Ten reasons wetlands are important:

1. Wildlife Nursery. Because of its unique location between water and land, salt and freshwater, wetlands shelter more than one-third of the country’s threatened and endangered species, according to the Environmental Protection Agency. Without wetlands, a huge number of songbirds, waterfowl, shellfish, mammals just wouldn’t exist.

2. Flood Control. Wetlands function like a sponge, soaking up water that comes in with the tides, or from periodically flooding rivers. In fact, they control floods much more effectively and efficiently than any floodwall.

3. Pollution Filter. If trees are the lungs of the planet, then wetlands are its kidneys. On the Rouge River near Detroit, Michigan, a wetland demonstration project showed significant reductions in nitrates, phosphorus, and heavy metals. Clean and plentiful drinking water depends on healthy wetlands.

4. Storm Buffer. Scientists have estimated that every three miles of healthy wetlands could trim about one foot off a storm surge. For places like Louisiana, which have undergone tremendous erosion from oil and gas development and manmade levees, restoring and conserving wetlands is critical. In fact, wetlands provide $23.2 billion per year in storm protection services alone.

5. Wind Buffer. A study co-authored by EarthShare member The Nature Conservancy showed that mangrove forests, which grow in wetlands and coastal areas, can reduce wind and swell waves, significantly; almost 100%, in fact, with 500 meters of forest!

6. Fertile Farm Land. The staple diet of half the world’s population is rice, which grows in wetlands in many parts of the world. Many commercially important fish species, reeds and papyrus are also harvested in wetlands.

7. Recreation and Tourism. Between bird watching, biking, hiking, and kayaking, wetlands provide people with many ways to enjoy nature. That’s why EarthShare California member Save the Bay is deploying thousands of volunteers to rehabilitate the wetlands around San Francisco.

8. Carbon Sink. Because the soils found in wetlands can store carbon for hundreds of years, they play an important role in fighting climate change.

9. Jobs Hub. US coastal regions provide 40% of the country’s employment: more than 69 million jobs in sectors like trade, hospitality, and commercial fishing. Restoring wetlands also provides many jobs. A study from the Center for American Progress found that for every $1 million invested in coastal restoration, 17.1 jobs were created.

10. Sea Level Rise Mitigation. By 2100, New York City could witness sea level rise of up to six feet. For those living within this rapidly expanding flood zone, wetlands will provide a critical buffer. That’s why the city is supporting programs like MARSHES, a 68-acre “wetland mitigation bank” on Staten Island.

Wetlands are in trouble across the country. In the US it is estimated we’ve drained about 50% of our wetlands. Many more are in danger of being destroyed.

Through 2017 and 2018 I am working with  Amigos Bravos and the Western Environmental Law Center (WELC) to identify and protect key wetlands in both the Carson and Santa Fe National Forests of northern New Mexico.

These wetlands perform a variety of functions from boosting and sustaining flows in regional streams and acequias to alleviating flooding, recharge groundwater aquifers, absorb outsized amounts of carbon from the atmosphere, boost biodiversity and wildlife habitat and add a layer of resiliency to an ecosystem in the face of climate change.

Stay tuned to find out how you can help protect these wetlands. Follow the #Wetlandjewels and #ValleVidalForever tags on social media for more information and hit me up in the comments section if you have any questions.