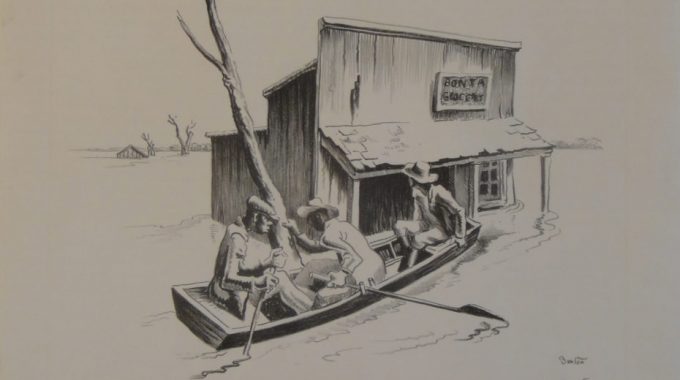 The 2003 European heatwave killed tens of thousands and cost an estimated 13 billion euros (approx. $16 billion USD). Hurricane Katrina cost $250 Billion. Harvey and Irma are expected to each total about the same. The southeast Asian floods will cost tens of billions to societies that can ill afford to deal with such a disaster. We won’t know for months the cost of the wildfire inferno sweeping the U.S. Northwest right now. Sandy, the Siberian fires, the flooding islands in the Pacific….we could go on.

These extreme weather events not only decimate human lives and cultures they are extremely expensive. Over the past 15 years climate change-fueled extreme weather disasters have cost the United States close to a trillion dollars.

[Read: The Cost of Climate Inaction}

We know that climate change contributes to the power and frequency of these extreme events. For example, when it comes to hurricanes sea level rise means that storm surges are much higher resulting in more destruction, climate change is causing shifts in the stratosphere that actually lift natural limits as to how strong a hurricane can get, rising sea surface temperatures feed hurricanes with warm water and soak the atmosphere with unbelievable amounts of water. And all that moisture had to come out at some point. Houston has experienced multiple “500-year floods” in the past few years. All of this is exacerbated by our unwillingness to properly plan and zone our communities and our destruction of natural buffers. Nature isn’t on a rampage, our society and economic system are.

So, who should pay for climate disasters?

The world’s major oil companies and biggest polluters have known about climate change for literally decades. As far back as the early 1970s Exxon had its own people running climate models and top executives were warned that climate change was real and that it was on its way.

at least 80 percent of the [Exxon] internal documents and peer-reviewed publications….from between 1977 and 2014 were consistent with the state of the science – acknowledging that climate change is real and caused by humans, and identifying “reasonable uncertainties” that any climate scientist would agree with at the time.

Former Exxon scientists now discuss openly how their research was either ignored or manipulated.

But Exxon and the other major oil companies did nothing. Worse than nothing they actively interfered with our society’s ability and willingness to act on climate change by funding disinformation campaigns that turned science into politics and divided our society. While their own scientists were warning them about climate change more than 80 percent of their advertising sowed uncertainty and doubt about climate change.

The major fossil fuel companies have and continue to pollute our air with gasses that cause more frequent and more powerful storms. At the same time, they have and continue to avoid meaningful investments in clean energy. Big oil has been able to make TRILLIONS of dollars while externalizing all the costs of doing business onto the society in general. Privatize the profit, socialize the cost. This isn’t fair.

Exxon and the world’s other major polluters must be held responsible for the cost of disaster relief, the cost of rebuilding and the cost of adaptation.

Who Should Pay for Climate Disasters? Big Oil. How?

One option is to place a fee on carbon and deliver the collected funds to households and communities for reconstruction. For rebuilding and adaptation a fund might be set aside and the fossil-fuel companies forced to pay into that fund. Then the money could be doled out to communities that present a proper plan for how they will make themselves more resilient to climate change.

Do I think these things will happen? Not right away, that is for sure. The disinformation and political polarization Exxon and the others have sowed in our nation was very effective and will keep us stuck for years to come.

More likely we will just have to sue them. We know exactly who is responsible and we need to point fingers and demand justice. Climate change litigation is on the rise the world over. Science is helping us to figure out approximately how much damage can be attributed to human-caused climate change.

Governments and businesses can no longer ignore the risk of extreme events or write them off as “Acts of God”. Instead, quantifying the impact that humans have on climate events could help us mitigate climate risk and adapt for a stable future.

Because we have waited so long to do anything about climate change the costs of dealing will be far greater than they would have been twenty or thirty years ago.

We’ve seen some pundits in the media since Harvey saying that these disasters spur economic growth. This is entirely untrue. That is known as the “broken window fallacy” and it is called a FALLACY for a reason. The costs reverberate through economies for years and years.

There is no silver-lining with these disasters. But someone will pay. The question is: do the victims pay or the perpetrators?

What Impact Could Artificial Intelligence Have on Climate Change?