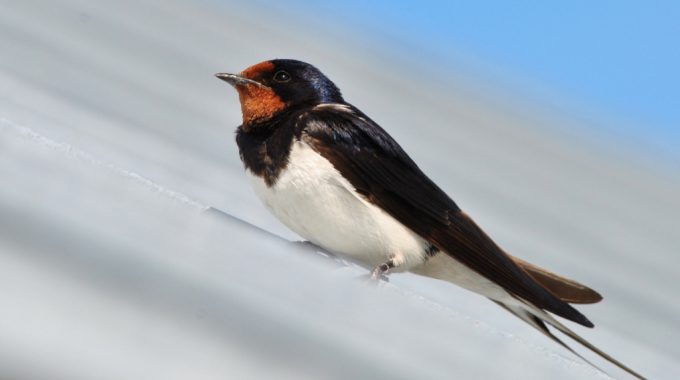 About a month ago as I was hiking my way around the valleys of Tatras National Park in northern Slovakia I was struck by the utter absence of bird song and bird life. I noted it here:

“Lacking however are birds. I’m a bird guy and so I’ve been keenly aware that there is an unmistakable lack of bird-life in the Slovakian mountains. Several people have now said “oh, that is normal” but I question that very idea that anything can be normal without masses of birds. What does “normal” mean then? Is it just that people have gotten used to an interrupted ecosystem where birds are few and far between?
That is what I suspect. I’ve never been any place with so few birds (except Austria….). Without birds there is the feeling is that something vital is desperately missing from the landscape.”

And it was indeed the same thing in Austria as I strolled through the countryside near Tamsweg and later climbed to the Untersulzbachtal Glacier, Hohe Tauern National Park,  with a group organized by the European Wilderness Society. There were just almost NO birds! It seemed so strange. Where are the birds in Europe? A number of people both in Austria and Slovakia told me that is was normal, that the birds had moved on for the winter…it was just that time of year….but that didn’t compute with me because I saw plenty of birds in the 1990’s when I spent a lot of time hiking in the Swiss Alps, along the Mediterranean coast of France and backpacking down the central mountains of Italy.  Could it be that things are getting worse?

“Bird populations across Europe have experienced sharp declines over the past 30 years, with the majority of losses from the most common species, say the University of Exeter, the RSPB and the Pan-European CommonBird Monitoring Scheme (PECBMS) in a new study….

The study, published today in the journal Ecology Letters, reveals a decrease of 421 million individual birds over 30 years. Around 90 percent of these losses were from the 36 most common and widespread species, including house sparrows, skylarks, grey partridges and starlings, highlighting the need for greater efforts to halt the continent-wide declines of our most familiar countryside birds.”

FOUR-HUNDRED and TWENTY MILLION?!?! Are you kidding me? Apparently not:

The study looked at 144 species across Europe between 1980 and 2009. Dividing the species up into four groups, from extremely rare to most common, analysts found that a small number of common species declined by over 350 million –over 80% of the total population decline of birds in that time period overall. Rarer birds, in contrast, increased by over 21,000 in the same time period.

WHAT IS CAUSING THE DECLINE IN THE BIRDS IN EUROPE?

I’ll point out a few reasons for this that are glaringly obvious to me.

1. Forest monocultures. Just looking at Austria and Slovakia I could see that the forestry economy has resulted in thousands of square kilometers of spruce monoculture forests. When you walk into these places they strike you as nearly dead zones. Little light reaches the ground, species and age diversity are nonexistent and they are silent. Despite all of the evidence that mixed forests are more productive than moncultures, forest management throughout much of Europe tends to be run on a rationalist (and illogical) idea that monocultures makes some sort of sense.  Astounding.

2. Agricultural intensification for biofuels. I’ve got a big problem with the EU’s push toward biofuels and the amount of land that is being intensively industrialized for the production of corn to grow biofuels like this field here. Again, this is a monoculture that squeezes out areas birds need for foraging and nesting. Further, these areas see the use of large amounts of pesticides and chemical fertilizers both of which harm the insects that many birds feed on.

3. I will go into this in more detail in the future but the EU’s Natura2000 initiative is a big problem in and of itself because it is so species focused and not ecosystem focused and the results of this study prove that out:

“The focus up to this point has very much been on conserving rare species,” says the lead author, Richard Inger, from the University of Exeter. “That’s what it should be, in many ways, but the issue there is that if you’re not careful, you can spend all of your conservation dollars on just protecting the rare things. You can take your eye off the ball, if you will.”

So while counting rare species has been the primary objective of the directive, larger landscape scale protections like designating wilderness areas have been pushed to the side…protections that would have helped to prevent the loss of all these millions of birds in Europe.

4. The outrageous hunting for food and sport of migratory species in the Mediterranean has had a devastating impact on birds in Europe. Franzen documented this for National Geographic last year in horrifying detail:

“Every year, from one end of it to the other, hundreds of millions of songbirds and larger migrants are killed for food, profit, sport, and general amusement. The killing is substantially indiscriminate, with heavy impact on species already battered by destruction or fragmentation of their breeding habitat. Mediterraneans shoot cranes, storks, and large raptors for which governments to the north have multimillion-euro conservation projects. All across Europe bird populations are in steep decline, and the slaughter in the Mediterranean is one of the causes.”

YOU CAN’T GO WITHOUT BIRDS

I hate to say “I told you so” (actually, I love to say that….but don’t tell anyoe) but, hey, I told you so. Birds in Europe are in big trouble. Europe’s bird populations are in steep decline. That isn’t good. As the European Wilderness Society’s Karin Eckhard (no link available as the EWS website is currently experiencing a denial of service attack) points out:

“Birds provide multiple ecosystem benefits.  They help control  insect populations including agricultural pests, they are seed dispersers, scavengers and pollinators.  In addition, because most birds fly, they can respond to changes in landscape resources in ways generally not possible with other vertebrates.  Moreover,  for many  people, birds are the primary way they interact with nature, through observation and the hearing of these species in the wild.

However, thus far, conservation efforts have tended to concentrate on the rarer species, but research now suggests that  conservation programs must also address issues that affect common birds as well. Since common species, should in theory exist in higher numbers, they would play a bigger role in maintaining ecosystems.”

And she is right. The issues I’ve outlined above will have to be dealt with in order to see any recovery of Europe’s bird population and it will need to happen relatively fast. The EU and its member countries need to start focusing on landscape-wide protections in place of the species focused policies they’ve advocated in the past. One of the best ways to do this is by protecting large areas as self-willed land and rewilding significant and diverse portions of the landscape.

In wilderness there is a solution.