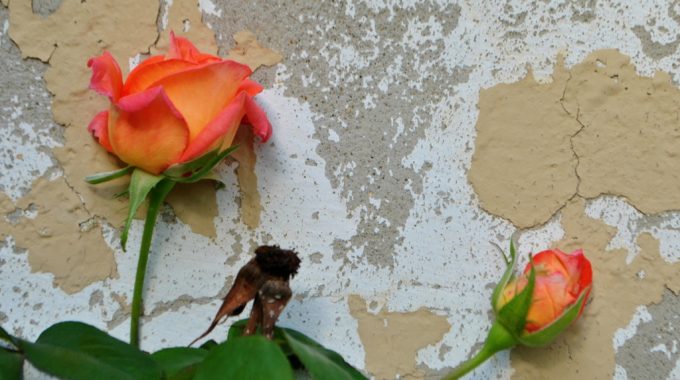 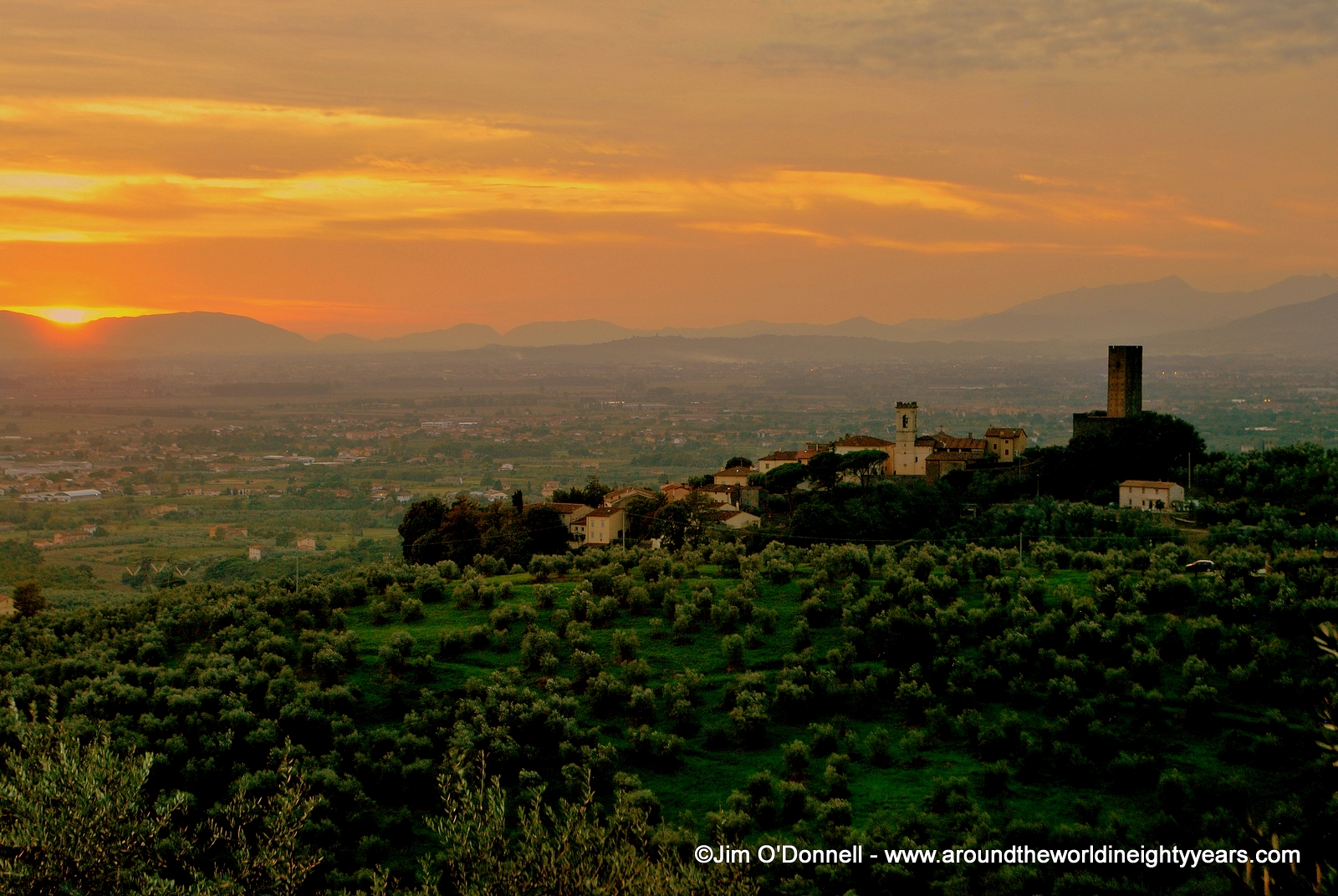 It is more than a little difficult to imagine that dirty, bloodied violent armies slugged it out back and forth over those green and golden rolling hills for centuries.

It wasn’t always that way. The Romans established a villa on that hilltop in the 4th century BCE and called it “Villa Larziana”, the name coming from the larch trees that dominated the zone in ancient times. The Etruscans and Ligurians had constructed something there even before the Romans but it is unclear what. Well over a thousand years later, in 936 Larciano was still being described as an unfortified villa.

The depth of that history is astounding if you think about it. For two-thousand or more years there was a farm on that hilltop where Larciano Castello now stands.

West of Florence there is a rim of steep but low mountains running roughly southeast to northwest just below the town of Pistoia. Our little group (Karista, Kristina, Leela, Kesten and myself)  had been on another hilltop in that 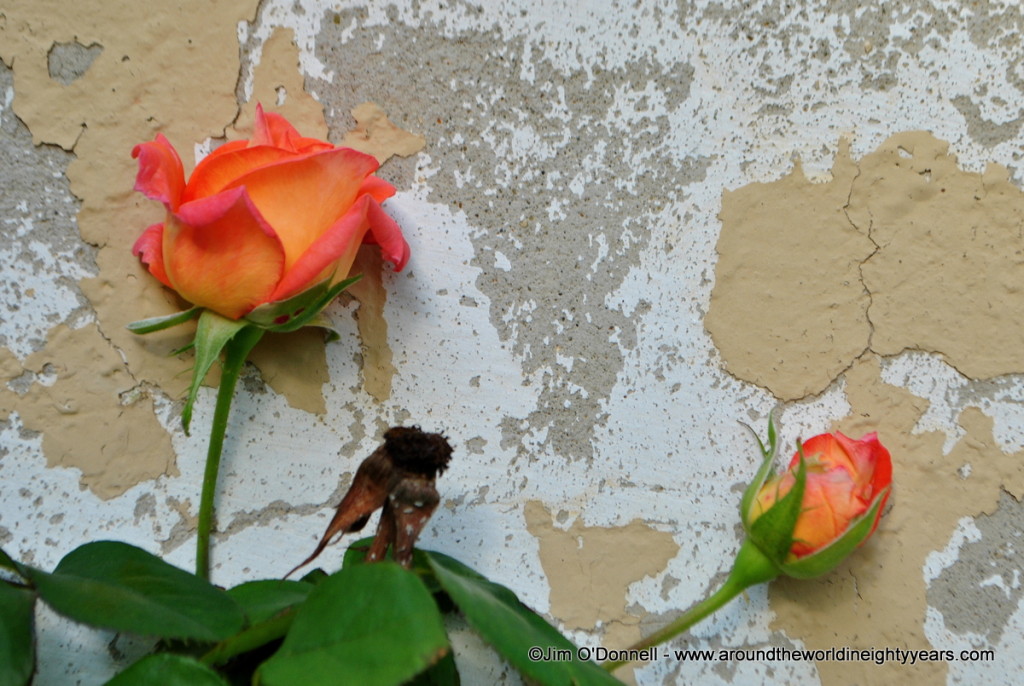 mountain chain, this one cradling a small organic farm producing specialty cheeses and olive oil. Larciano stood just there, across the valley to the east.

Around 1050 Larciano came under control of the Counts Guidi. Sometime soon after that the fortification of the hilltop began. Matilda of Canossa was back on the hunt. Pistoia bought the castle in 1226 but then lost it to Lucca, an ally of Florence, in 1302. Florence controlled the whole area by 1400 and Florentine armies occupied Larciano Castello. As the Florentine borders moved steadily outward, the castle lost its strategic importance and the area depopulated.

Our little crew drove along the twisting roads down from the cheese farm, across the Nievole valley and then back up to the Larciano Castello where dinner was served Il Marzocco, by far one of the best restaurants I’ve ever been to.