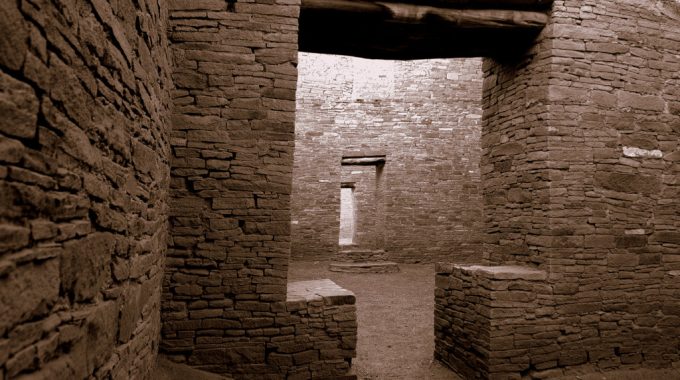 New Mexico has the most impressive collection of archaeological sites in all of North America.

In compiling my top-ten list of the best archaeological sites in New Mexico I went with places that I have personally visited. I also chose not to list sites located on private land, sites that I know of that are endangered or deliberately un-publicized. New Mexico hosts thousands of these of these unknown sites and I think they should be left alone. I also chose to limit the list to places that could be accessed relatively easily. As such, there is a hell of a lot out there I just could not put on this list for various reasons.

And I’ll be honest. Not all of these are archaeological sites. Most of them are but the fact is that I chose to include some other locations that while aren’t a really cool set of ruins are important for understanding the history of New Mexico.

All archaeological sites in New Mexico must to be treated with care. These places are fragile and we can never replace them.

A few rules for the road:

Perhaps the best place to start learning about New Mexico’s history is at Chaco Culture National Historical Park in the northwestern part of the state. This windswept landscape is home to the massive ruins of what was likely the seat of an incipient empire.

Although the area has seen human activity dating back perhaps 15,000 years, it wasn’t until about 900 AD that Chaco Canyon became the center of a powerful cultural and economic system that spread throughout the Four Corners region, into the Great Plains, and even to Mexico. But after just 300 years something went very wrong, and the infant state fell into a bloody chaos of torture, cannibalism, and eventual abandonment. Archaeologists increasingly view Chaco as less a collection of multiple villages, and more as a single teeming city that filled the whole canyon.

Evidence of human habitation in the canyons of Bandelier National Monument date back many millennia. It was the Ancestral Puebloan people, occupying the canyons in the late 12th century AD, who built the monumental structures and small towns still in evidence today. Tucked into the volcanic mesas of the Pajarito Plateau, the canyon walls are packed with sophisticated cave dwellings, as well as two large villages known as Tyuonyi and Tsankawi. The rock is also covered in tens of thousands of petroglyphs and pictographs, most dating from the period of Puebloan occupation.

Puebloan peoples moved into the Bandelier area around the same time as the collapse of the Chacoan political system and the general abandonment of the Four Corners region. The canyons and mesas of Bandelier were themselves abandoned in the mid-1500s with people moving south and east to villages along the Rio Grande, such as Cochiti and San Ildefonso, both of which are still inhabited.

I want to get this out of the way up front; the Aztec Ruins have nothing to do with the Mexican Aztecs as far as we know. Early Euro-American settlers to the Four Corers thought that people from the Aztec Empire in built these impressive structures. So, they named the site “Aztec.” They were wrong but the name stuck. Instead, the people who lived here were ancestral Puebloans, related instead to folks from Mesa Verde and Chaco. In fact, the architectural style is much more akin to that at Chaco than anywhere else.

This is an important site because it is part of the great Puebloan migration story as they abandoned the Chaco area and sought a more hospitable place to live. And it is big. Really big. But by about 1300 they abandoned this place also, migrating southeast to existing Puebloan communities along the Rio Grande, south to the Zuni area and even to northern Mexico as well as west to join the Hopi villages in Arizona.

Spanish troublemaker Francisco Vásquez de Coronado had dreams of gold. In 1540, he traveled north from Mexico with what can only be described as a circus-like medieval horde of raiders, cannons, and a few priests. When he arrived at Zuni — 40 miles south of the modern city of Gallup — he found a powerful and widespread culture that had been around for 4,000 years. The Zuni weren’t terribly interested in meeting demands for gold and women — especially from a band of rude, hairy foreigners. Coronado attacked; the Zuni were able to hold him off for a while, then pull the Spanish into a low-level on-and-off guerrilla war that lasted until nearly 1700. This marked the violent European entrance into the American Southwest.

Sitting at the base of the snow-capped Sangre de Cristo Mountains not far north of Santa Fe the monstrous, red remains of one of the most powerful Native American cities lies in a forest of piñon, juniper, and ponderosa pine woodlands. This place was originally called Cicuye by its inhabitants. Its location is what made it important. It sat right at the crux of several important trading routes. They also had a powerful army they could raise – which they used to hold off the Spanish for awhile. Eventually, however like most Native American tribes they succumbed to disease and genocide.

When the Spanish first arrived in the American Southwest, perhaps no place was more populated and wealthier than the Tiwa- and Tewa-speaking towns of the Salinas Valley, about 60 miles southeast of modern-day Albuquerque. Seeing the opportunity to both exploit the wealth of the Salinas Pueblo Missions National Monument inhabitants and convert souls for the church, Franciscan missionaries constructed several massive mission complexes in or near the existing Native American towns. This created a thriving colonial economy and the ecclesiastical headquarters of the Spanish Inquisition in the American Southwest. But a combination of severe drought, resentment among the local people, and an increasing number of Apache raids took their toll, leaving the area abandoned by the 1670s. This is one of the coolest archaeological sites in New Mexico.

Taos was founded as a Spanish outpost in 1540 near the site of Taos Pueblo, one of the oldest continually inhabited communities in all of North America. An important trading post, the little town sitting at the base of the towering Sangre de Cristo Mountains became significant along the Santa Fe Trail, when American trade flourished between the Great Plains. While interested in the goods and ideas of the young American republic, the people of Taos weren’t so interested in being dominated by the new power. A revolt began in the winter of 1847, and the dark events that transpired still influence the community today. Taos Plaza was the scene of much of the fighting; today it’s a peaceful, shaded spot right in the heart of this art colony town of 6,000.

Perhaps the most important building in Cimarron, New Mexico, is the St. James Hotel. Back in the day, the St. James was the center of action for northeastern New Mexico — and a troubled one at that. Owned by Henri Lambert, President Lincoln’s former chef, the hotel was well known for its violent brawls. The saying around town was, “Who was killed at Lambert’s last night?” Wyatt and Morgan Earp, Buffalo Bill Cody, Clay Allison, Black Jack Ketchum, and Annie Oakley were all frequent visitors to the St. James, and Jesse James regularly stayed in room 14. Over 20 bullet holes can still be seen in the dining room ceiling. Today the hotel is known both for its fun bar and frequent ghost sightings. Regular tours and weekly historic lectures are run out of the hotel. Be sure to spend a night in the old section.. 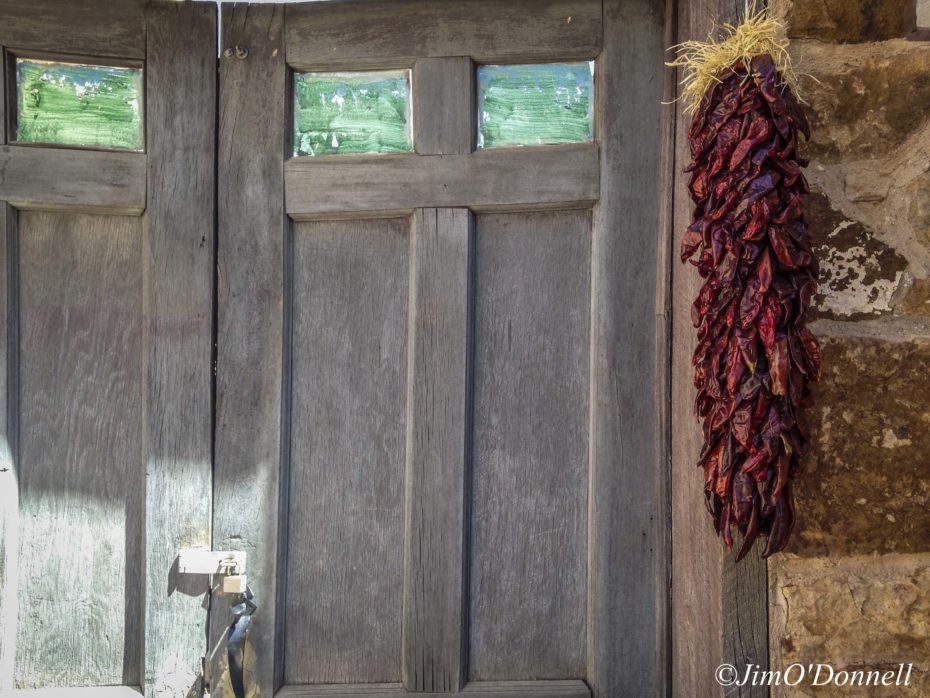 While the little southeastern New Mexico town of Lincoln isn’t quite a household name, it played an integral part in the story of Billy the Kid and Sheriff Pat Garrett. In 1880, President Rutherford B. Hayes named Lincoln’s main street “the most dangerous street in America.” That was at the height of the Lincoln County War, made famous in the 1988 movie Young Guns. The historic site manages nearly 20 buildings in the town, and because of the well-preserved nature of these Territorial Style adobe structures, Lincoln is one of the most visited sites in the state. Travelers can see the old-courthouse-turned-museum, the incredibly well-preserved Tunstall Store, the jail, and the Anderson-Freeman Museum.

Ok. So this is not one of the archaeological sites in New Mexico. But. It is important. At the height of World War II, the US government sought a secret location to begin development of the atomic bomb; they settled on the forested volcanic plateaus of central New Mexico. Los Alamos was established in 1942 as one of the focal points of the Manhattan Project. Unfortunately, the local Native Americans, as well as Anglo and Hispanic settlers already living there, were pushed out to make room for the secret town and the new research facilities. At the time, the people of Santa Fe knew something was happening up on “the Hill,” but it wasn’t until the end of the war that the existence of Los Alamos was made public.

Today, the town of 12,000 is home to Los Alamos National Laboratory, as well as one of the highest concentrations of PhDs in the country. The Los Alamos Historical Museum is dedicated to the protection and promotion of the area’s history. Once the residence of General Leslie R. Groves, the exhibits in the award-winning museum range from the story of the Manhattan Project to local geology and anthropology. It’s located just a few blocks from the larger Bradbury Science Museum.