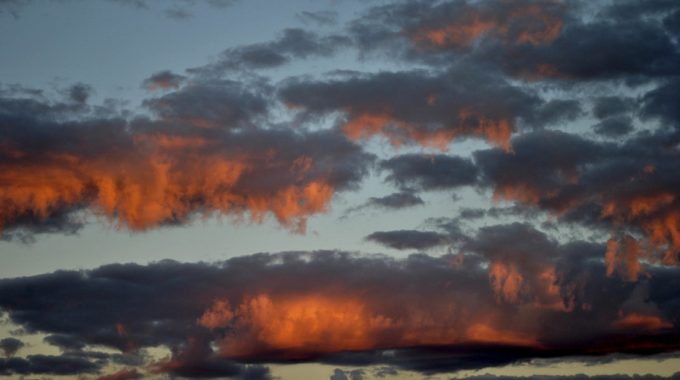 A few weeks ago, I crawled into a cave. I saw a cloud carved into the soft volcanic tuft that sheltered this particular cavern and a number of others nearby. All are similar and the mountain is like an anthill. The cloud was nothing particularly special, a pyramid of six arcs at the center with staircase-like wings off to the right and to the left. Flowing lines trailing into the powdery walls hung from the underside of the wings. It was a six-hundred year old depiction of a summer thunderstorm and the virga that sweeps the arid American Southwest.

A virga is streaks of rain dangling like horse hair caught in a breeze dragging over and across the mesas. It never touches the earth, subliming instead. You find virgas most often over the desert. They begin as ice crystals. Then fall as rain. Low humidity and hot air returns them to the clouds soon after they are released. For desert dwellers, a virga is a tease.
Because humans are so deeply dependent on weather, it is safe to assume the earliest of our ancestors were keen observers of clouds. Our humanity was born on savannahs that grew from retreating and thinning forests as moisture moved away and climate change altered African ecosystems. Without a doubt they associated the various types of clouds they observed with the type of weather that followed. 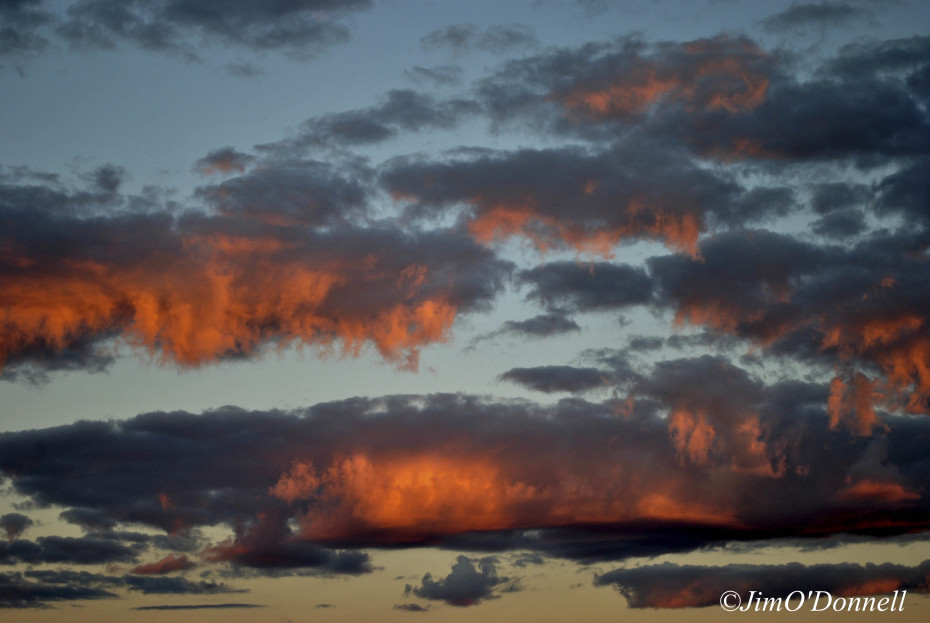 The Babylonians attempted to predict daily or weekly weather by observing which types of clouds were in which area of the sky at various times of the day. That was around 700BC. Chinese sky-watchers created a calendar some 400 years later that divided each year into 24 sections based on the cycle of festivals. They labeled each festival with the type of weather most often observed during that period. In the Book of Songs or Poetry we find observations like “the cloud will take on a similar color before it snows.” The oldest cloud atlases we know of are the Tianwen Qixiang Zazhan and the Zhan Yunqi Shu from central China. The History of the Song Dynasty, written sometime around 1300AD contained its own cloud atlas as did literary works such as the Tong Zhi Lue and the varying editions of Bai Yuan Jing. Aristotle wrote Meteorologica around 350BC. In it he theorized about the birth of various types of clouds, rain, wind and lightning. 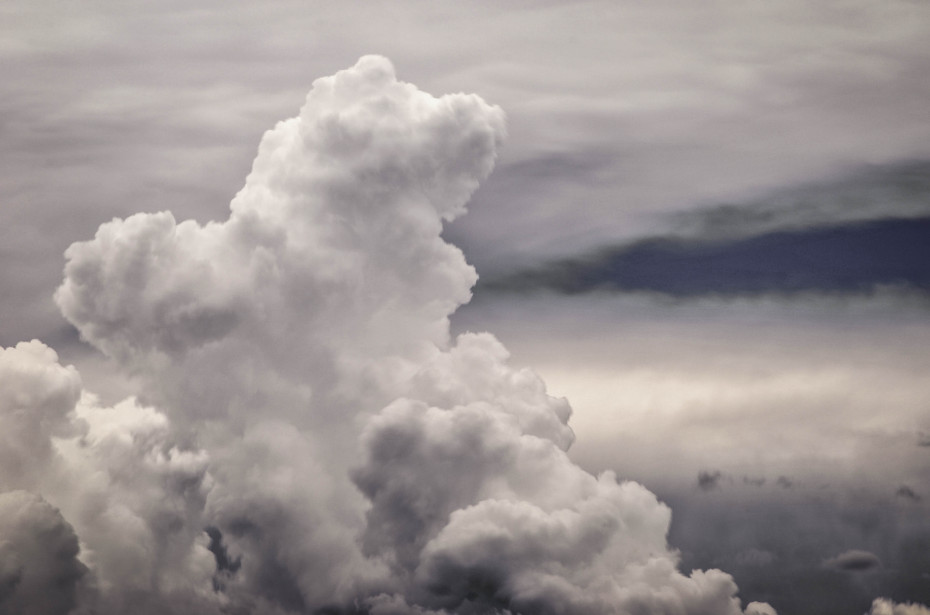 In the West, Meteorologica remained THE authority on clouds and weather observations until the scientific revolution of the 17th Century. The rain gauge was invented in 1639; the barometer and condensation hygrometer a few years later. In 1654 the “Little Florentine Thermometer” began giving observers the first accurate temperature measurements by eliminating the impacts of atmospheric pressure on the instruments. In 1802 Luke Howard published his Essay on the Modification of which forever impacted the way artists painted clouds.

I’ve seen the abstract Puebloan cloud imagery on crumbling walls and rock faces throughout the American Southwest. Clouds carved in or painted on stone litter the landscape. Once, while working on an archaeological excavation in a sere flatland on the Navajo Nation near the Arizona border we found an ancestral Puebloan kiva. The ancient site was about to be plowed under to make way for a pipeline moving natural gas to California. Our timeline for excavation was tight. Amazingly, the plaster on the kiva walls had been preserved under the soil for a thousand years. As we excavated, paintings made on top of the plaster appeared before our eyes. There were large masked figures and birds dribbling seeds from their beaks and sticks hatched across each other like fencing. I sat in the center of the pit gazing at the representations of people that lived so long ago and so far away from anything I could comprehend that it was hard to relate to how they might have defined the world.

Except for the clouds. Dominating the figures and abstracts were the pyramids of summer thunderstorms I’d seen elsewhere and the trails of virga and lightning bolts stabbing out at fields of corn. The impact of the clouds on the kiva walls was augmented by the cumulonimbus reaching 20,000 feet into the sky to the northwest and bearing down on our little crew, knives of lightning and tremblers of thunder driving it on. Clouds. We had that in common. 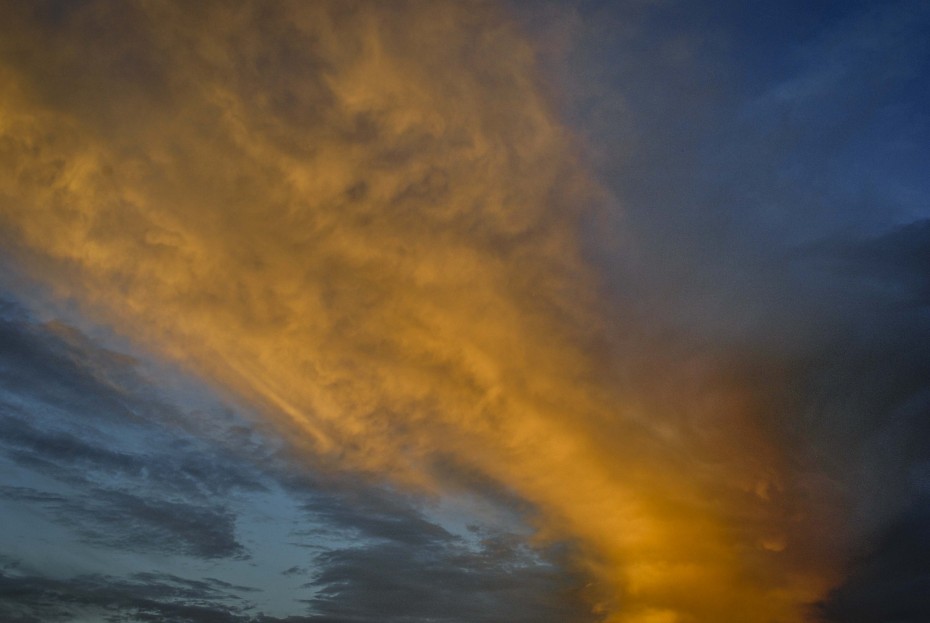 Vikings and Polynesian sailors alike used the clouds on the horizon to assist in navigation. Certain types of clouds would appear over certain types of land formations. Skerries could host one type of cloud. A small island another type. The class of landform could even be distinguished by the color of the clouds. A large landmass like Iceland could create its own weather patterns that could be seen hundreds of miles before the Vikings ever saw land. The Norse sailors even had the sólarsteinn, a type of mineral that when polished could be used to find the sun even when the sky was completely drenched in clouds. In the Pacific, the Polynesians noted that a cloud with a green tinge indicated a lagoon. Gray clouds denoted a forested island. A cloud shaped like a V often pointed right to a landmass.

Technically of course, clouds are “a visible mass of condensed water vapor floating in the atmosphere, typically high above the ground.” But clouds are so much more. Not only offering humanity a path to find our destination but a way forward in planning our food preparation and helping us to decide where we might want to be come nightfall. They heal as well. In his book “Drunk Tank Pink”, New York University professor Adam Alter proposes that clouds may actually improve our ability to think clearly. His research has more to do with dark stormy days than a wispy white passerby on an otherwise bright morning. But he proposes that clouds may force us to become more introspective, perhaps a bit pensive and to reassess clearly where we are in our lives. Perfect sunny weather on the other hand may just blunt that ability, he writes.

Gavin Pretor-Pinny the founder of the Cloud Appreciation Society said: “by paying attention to something outside yourself you find your center.” I couldn’t agree more. By living with your head in the clouds here and there you find your ability to plant your feet firmly on the ground.

No clouds. No ground. 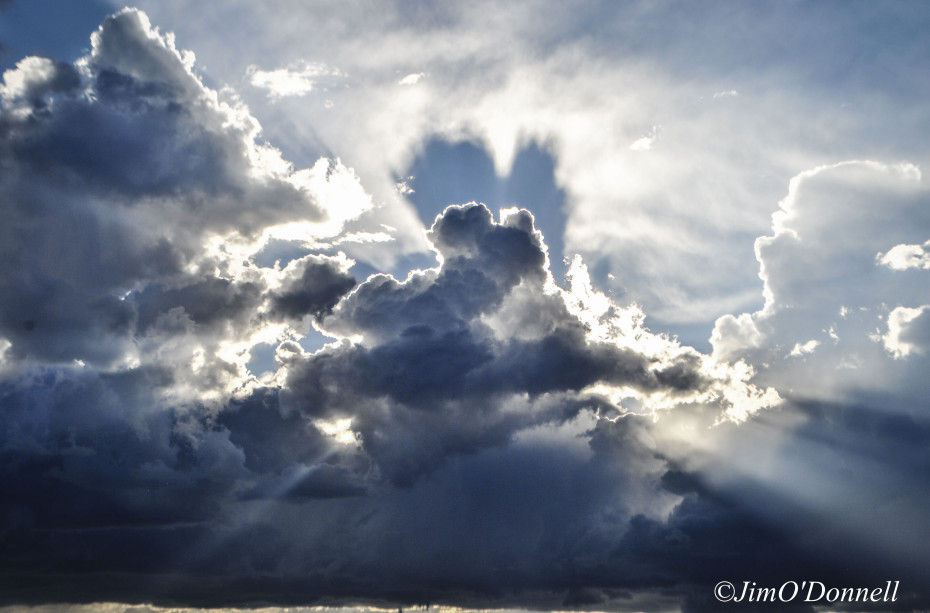 Let me make the argument here for space. Not outer space. But space. Room. Cloud-watching gives legitimacy to doing nothing. To being quiet. To gaining or creating space. That’s also what photography does for me. The waiting. The watching. The being quiet. When my camera is in my hand, I slow down. And so often my camera is pointed to the sky.

When you get down to it, whatever else clouds are or what we’ve made them to be they are at their core beautiful. They are an expression of the mood of our watery planet.

From here at my desk I can see that over Taos Mountain to the east a neat, clean stack of lenticular clouds has built up. They are aligned perpendicular to the wind direction. That tells me that the wind up high is moving very rapidly and that a storm is on its way. Time to pull the snowshoes back out of the closet. I think I need to buy a new pair of gloves.

Wondering where in the world to go? Let Sports Tourism Be Your Guide

For sports fans, the years don’t get any better than 2018. With the PyeongChang Olympic…

The summer is a time to let loose, take off, and explore new horizons. Whether…