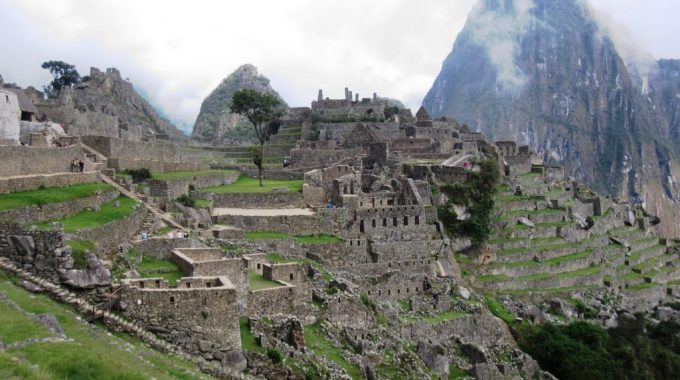 Archaeology is already a massive portion of worldwide tourism.  The Archaeological Institute of America (AIA) reports that among Americans traveling abroad, visits to archaeological and historic sites ranks just third (behind eating and shopping) on a list of top things to do when traveling.  The team at SA Luxury Expeditions reviews the news about Peru’s archeological discoveries daily and is well aware of the impact this tourism has on local economies.

“Our team is on the ground in our destinations. SA Luxury Expeditions reviews all opportunities to source our services directly.  We hire local guides, drivers and tourism entities,” added Stanzio. “Archaeology is a big part of what we do.”

With literally millions of people visiting sites such as Copan, Machu Pichu, Mesa Verde and Pompeii archaeological tourism has become a very lucrative business and a valuable source of revenue for host governments. The problem however is that much of this money, perhaps the majority, is never reinvested in best management practices, protection of the site or nearby sites or in further research.  Most tragically, this income never reaches members of nearby communities who remain impoverished despite the influx of foreign visitors and money.

While it is true that tourism itself damages sites (think of Spain’s Altamira and Italy’s Pompeii), the main threats to ancient cultural sites around the world come from people who struggle to find enough to eat.  These are the people the Sustainable Preservation Initiative (SPI) say “eat their history”.  Because archaeological sites offer little or no jobs or income for the people who live close by, activities that actually offer a decent income are the destructive ones. Instead of seeing archaeological sites as something that should be preserved and protected they view them instead as a resource to be mined for income. I’ve encountered some of these people personally on my travels in Peru and honestly, it is hard to blame them.  I wouldn’t care much about a pile of old stones, ceramics and skulls if my kids didn’t have enough to eat.

Archaeological tourism offers a wide range of opportunities not only for improved management, preservation and research but also economic development for local people.

A look at a number of projects throughout South America show early positive signs. These projects tie incomes to the preservation of the archaeological site and also generate money for better management practices and continued research. Companies like SA Luxury Expeditions reviews its impacts on the people near the archaeological sites its customers visit to ensure their impact is a positive one. Increasingly, expeditions leaders throughout the continent are doing the same.

The challenge is how to empower people to start and run their own businesses.  People need both education and capital.  SPI is experimenting with a rather impressive method where a one-time up-front investment helps local communities get physical and educational infrastructure in place – basic infrastructure on which people can build businesses.

SPI found success with its first major project in the Peruvian community of San Jose de Moro, located about 700 kilometers north of Lima. The community is host to one of the most impressive Moche cemeteries. It is also the location of ceremonial centers used by everyone from the Moche to the Lambayeque and Chimú peoples. The poverty-ridden nearby village received a one-time grant of $48,000 from SPI. The grant funded construction of a visitor’s center, an arts and crafts workshop and a kitchen. Dozens of jobs quickly grew from the investment.

Another success story comes from further south on the Peruvian coast. There the fabulous Pampas Gramalote site and the village of Huanchaco offer an amazing example of historic continuity. The 4,000 year-old sea-based tradition of making and fishing from reed boats continues to this day. Tragically however, urban expansion has resulted in the destruction of fifteen nearby archaeological sites. Pampas Gramalote is one of the few that survive.  A $10,000 grant has gone to the creation of workshops, exhibitions and a community store. A dozen jobs have thus far been created by this project.

Another development with a similar goal that has appeared over the last few decades are the so-called “Archaeological Parks”. I number of these have been created around the world. La Bastida in Spain is one that I’ve looked at in detail.

To date the term “archaeological park” does not have a definition that is widely agreed on.  It is a concept that has yet to gain widespread acceptance and agreement on its meaning and goals. That hasnt stopped these experimental projects from moving forward.

The Yacoraite Archaeological Park is one example of an archaeological park. Located in Quebrada de Humahuaca in Argentina the park was created as a long-term initiative focused on creating value for a region defined by its outstanding archaeological, historical and natural resources.  The drivers behind the park saw great economic and scientific potential.

The creation of Colombia’s San Agustín Archaeological Park is another example. After the whole region was a declared a World Heritage Site in 1995 a large tourism boost took place in the area. Locally-owned tour companies and hostels opened up to host tourists for example. San Agustín hosts the largest collection of one-thousand year old megalithic monuments in South America.  It sits in a wild landscape whose ecosystem has likewise benefited from the area’s protected status.

“One of the more interesting thing happening currently in regards to preservation and restoration is Peru bid to get UNESCO status for the entire network of Inca Roads between Argentina to Ecuador – of course passing through Peru mostly. If it’s is granted UNESCO status, it will be a major development is the preservation and research of Inca history and could potentially shift significant funds to forgotten Andean communities that are along the principal routes,” says Stanziano of SA Luxery Expeditions.

While none of these ideas are a panacea for completely ending poverty and looting of archaeological sites (some serious work needs to be done to curtail the antiquities trade) they do offer inspiration on how economic development, archaeological preservation and tourism can be linked to accomplish shared goals.

This post was made possible with support from SA Luxury Expeditions

New Mexico has the most impressive collection of archaeological sites in all of North America.…