“How do you expect to communicate with the ocean, when you can’t even understand one another?” – Santisław Lem, Solaris

Recently, NASA uploaded the contents of the golden disk to SoundCloud.

When the American space agency launched the two Voyager spacecraft in 1977, they placed onboard two golden records that contain the sounds of Earth. The intention is for the records to act as a sort of ‘hello’ to extraterrestrials the spacecraft might encounter on their journey.  The sounds include a heartbeat, rain, a train, and much more.

But would anyone who would find it understand it?

In 1977 we knew of no other planets beyond our solar system.  The first exoplanet, a Jupiter-sized giant orbiting Gamma Cephei, was discovered in 1988. Since then, well over 2,000 exoplanets have been discovered. The diversity of the planets is astounding.  Beyond the gas giants there are so-called mega-Earths, ice-worlds, planets sporting two suns and even one that should theoretically not exist. Many of these exoplanets could harbor life.

Researchers are convinced we are on track to find alien life within the next thirty years.  We’re not talking Wookies or Romulans at this point but something more along the line of microbes.

We are searching for an ideal image of our own world: we go in quest of a planet, a civilization superior to our own but developed on the basis of a prototype of our primeval past. – Santisław Lem, Solaris

But if we found extraterrestrial life and it was more than just microbes, would we understand it? Would we even recognize it? We are surrounded by terrestrial and aquatic species that evolved alongside us, they share our genetic makeup and chemistry and yet we barely have the ability to exchange information with them so would interspecies communication even be possible?

And could humans behave themselves?

I’ve been on a tear through the works of Polish science-fiction author Santisław Lem this year.  Lem, who died in 2006, is perhaps the most widely read sci-fi author in the world. His books are considered and speculative. He imagines technological advancements and their uses, struggles with communication, the nature of humanity, our place in the universe, and exploration of the galaxy. Like many science-fiction writers Lem focuses much of his work on what it might be like for humans to encounter beings from another world.

“Man has gone out to explore other worlds and other civilizations without having explored his own labyrinth of dark passages and secret chambers, and without finding what lies behind doorways that he himself has sealed.” – Santisław Lem, Solaris

What is it like to wander into a land and among a people where absolutely nothing is familiar? I’m fascinated by examples of cultural contact and the asymmetrical way those meet ups played out. As a traveler I eagerly seek those experiences.

But cultural contact is wrought with difficulty and often ends in conflict.

I give a lot of thought to how my travels impact other people. Modern travel more often than not simply destroys local culture, either turning it into a Disneyland version of itself or drowning it in a sea of Western brand names. The environmental impacts of mass tourism are likewise brutal.  Even well-meaning tourists have profoundly negative impacts on the places they visit.

“We have no need of other worlds. We need mirrors.  We don’t know what to do with other worlds. A single world, our own, suffices us, but we can’t accept it for what it is.” – Santisław Lem, Solaris

When we consider historic cultural contact there is perhaps no more distinctly different world view than that of the European and the various Native American civilizations. The result of those world views meeting was an indisputable disaster. In 1768 Cornelius De Pauw called it “the most calamitous event in human history.” Upwards of 100 million people died un-natural deaths.  Wars, slavery and violence swept both continents; entire cultures, languages and traditions were wiped from human memory, and entire ecosystems were violently transformed and cheapened. This was nothing short of an apocalypse. The fact that you can take a hot shower tonight and read this on your smart phone does not make those losses any less significant. The quality of your life today does not somehow excuse historic genocide.

Contact between Europeans and Native Americans was at the very least however contact between human beings. But what if the contact were to be with someone who is not even from this planet?

“Any attempt to understand the motivation of these occurrences is blocked by our own anthropomorphism. Where there are no men, there cannot be motives accessible to men.” – Santisław Lem, Solaris

The very assumption of other planetary civilizations is laced with anthropomorphism. We can only imagine what might be through our own experiences. Those blinders can be limiting.  Fermi’s Paradox itself is so shrouded with anthropomorphism as to be useless. SETI assumes that aliens would construct electronic equipment that could understand our signals. They scan the sky seeking gestures of the type only humans would send. In the book Contact it is assumed that we would share a language of numbers and mathematics with any advanced alien civilization. Anthropomorphism is a bedrock component of scientific construction. And how could it be otherwise? I don’t fault science in the least for that. But the true nature of reality is something we surely cannot grasp.

Would another sentient planetary species evolve just like us?  Culturally, it could be innately violent.  Or innately passive.  Or anything and everything in between.  And how different 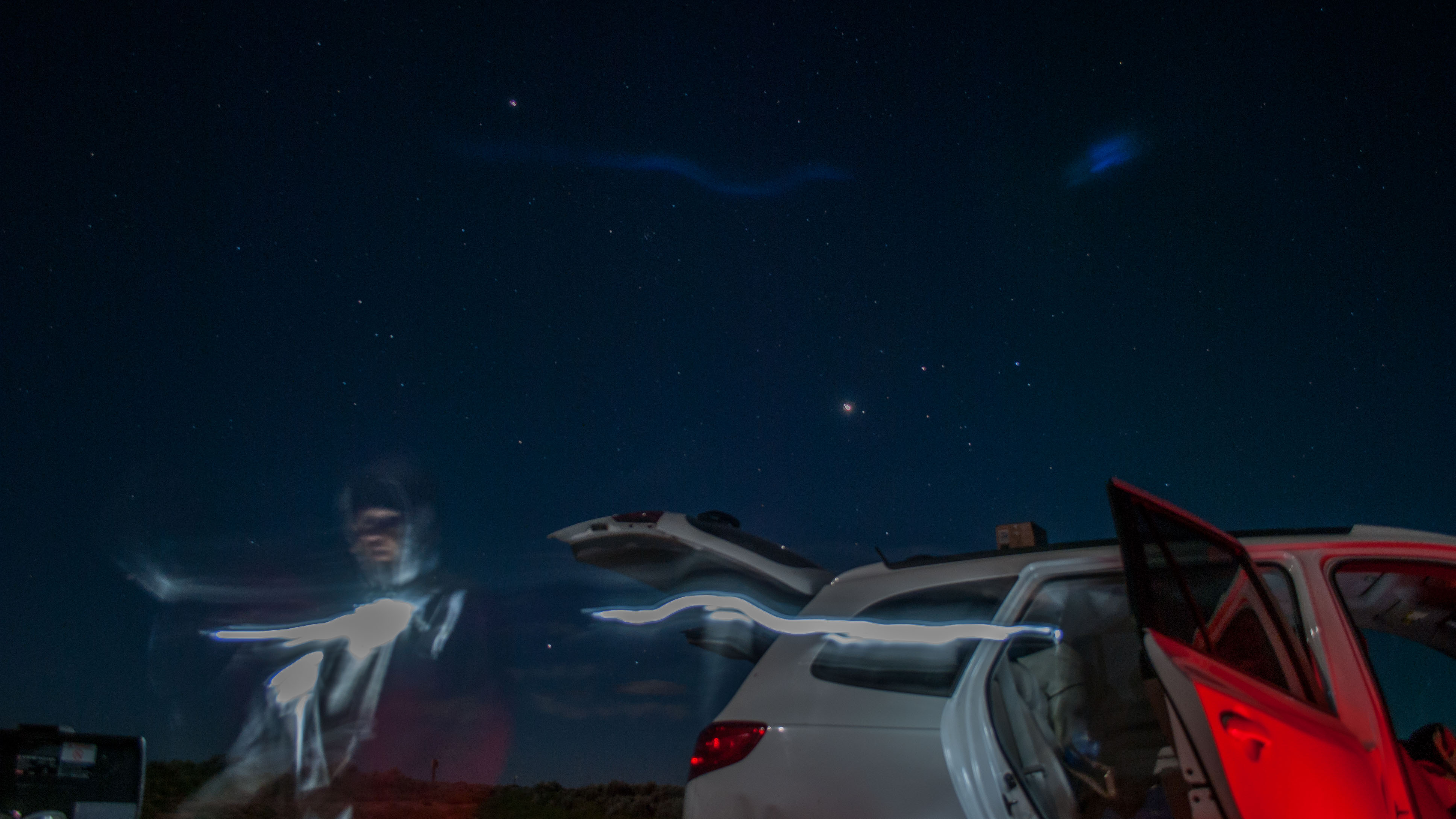 can they be physically? In Lem’s book Fiasco, the crew of the Hermes fails even to recognize the bodily character of the Quintans. In The Invincible, evolved beings are mechanical but act in very non-mechanized ways. Carl Sagan pleaded for us to not assume that alien life would have the same chemical requirements as our own, because it probably doesn’t.

Lem’s work is a frustrating gaze in the mirror. Reading Fiasco is like watching a slow train wreck. Hundreds of years into the future humans make the same mistakes in judgment and employ the same faulty and ultimately violent solutions we have throughout our history. The Invincible is also quite painful.  Lem explores the nucleus of humanity, seeking what might lie beyond all our conceit. Human values and intellect are juxtaposed with the efficacy of evolved robotic insects.  Humanity’s place as the center of the universe is challenged.

For Lem, part of our humanity is our tendency to swagger about like a hubris-ridden giant. The movie Avatar, for a pop-culture example outside of Lem, echoes this pessimism.  Dances with Wolves writ on the stars, Avatar has our descendents acting out the same mistakes we so often do. Is this the inevitable result of a future human contact with a vastly alien civilization?

One would hope that by the time we are technologically mature enough to go…out thattaway….and make contact with other beings that we’d be more emotionally mature. Lem questions if that is possible. He seems to be asking: is our humanity inescapable?

Lem isn’t saying we shouldn’t explore space. In Return from the Stars, he warns humanity against turning its back on such risky endeavors. These are cautionary tales designed to make us think. So it is worrisome that even among some of the great thinkers of our day (Stephen Hawking for example) the idea that humanity is destined to conquer space is a core belief. That humanity at this early stage might think it somehow has the inherent right to whatever might be out there is not only preposterous but dangerous.

Stardust is in our veins. The atoms that serve as the foundation for our genes, the genes of all the plants and animals and even the rocks, the water, the moon, the asteroids and the stars beyond all come from the same source.

Including any other sentient life form that might be out there.