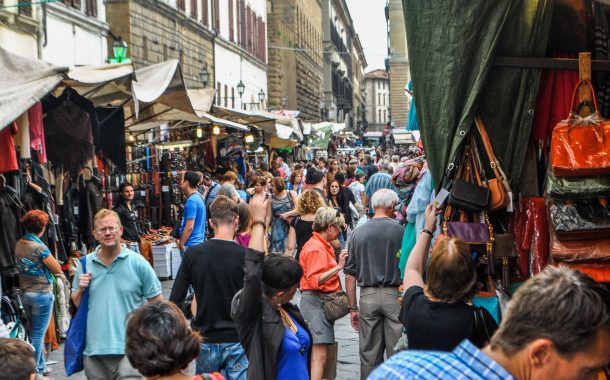 Apparently, a massive influx of tourists to the Ostional Wildlife Reserve was having a negative impact on the ability of the critically endangered Olive Ridley Sea Turtle to lay their eggs.  And why were all these tourists there? Well, to see the turtles lay their eggs.  “So many people were on the beach that some turtles returned without completing the nesting process,” the Secretary of the Union Workers of the Ministry for the Environment and Energy told the newspaper La Nacion. “That certainly is a negative impact,” he said.

No doubt many of the people on the beach upsetting the turtles were well-intentioned and had no idea they were actually harming the very thing they had come to see. But the astounding preponderance of derp among the travel set simply drowns out any well-meaning efforts.  And the sheer numbers of visitors…no matter how ethical… ultimately results in an impact that is untenable.

Elizabeth Becker, in “Overbooked,” reports that foreign trips have climbed from 25 million in 1960 to over one billion in 2012. The UN World Tourism organization estimates that global tourism will hit nearly 2 billion trips a year in the next fifteen years. Tourism contributes nearly $8 TRILLION to the global economy, accounting for one in eleven jobs worldwide.

(#Protip: You there. Yes. You with the backpack. I know what you’re thinking. You’re a special kind of rarified “traveler.” Sorry, you’re a tourist like the rest of us.)

It. Is. Massive. And it is a problem.

Tourism is often seen as a panacea.  Tourism sells itself as a way to increase employment, increase spending in local communities, diversify the economy, create entrepreneurial opportunities, build much-needed infrastructure for area residents, protect cultural traditions and protect the environment. The delivery on promises made is inconclusive at best. At worst, modern tourism contributes to climate change, destroys indigenous cultures, harms archaeological resources, and negatively impacts ecosystems. Many communities are now questioning the bargain they made with this wily devil.

Tourism doesn’t have to kill itself. But most likely it will.

Don’t think I’m not aware of the contradictions (…hypocritical, if you will…) apparent in my position on this. My relationship with travel and tourism is complicated. Tourists are, after all, horrid. Unless you are one.

But look. Angkor Wat is literally being trampled under. More than two million people visited the ancient ruins in 2013. According to the Cambodian tourist board that number is increasing by 20% each year.  The thousands of tourists visiting Machu Picchu are loving it to death.  So many millions visit the Sistine Chapel every year that the carbon dioxide they breathe out is damaging the art. The Eternal City itself is worried that tourism might be worse than the visit of the Vandals in 455CE. The Altamira paintings survived for 30,000 years but couldn’t survive 50 years of tourism without a crackdown. The curse of King Tut’s tomb is tourism. Too many panting visitors have the walls deteriorating from the moisture in their breath.  Tourists are climbing Egypt’s pyramids illegally. Cruise ships pollute on a massive scale. We think hunting lions is awful (and it is) but selfie-obsessed tourists are proving just as bad if not worse. Elephant riding tours are nothing short of torture for the animals. My friends at Travel4Wildlife have pointed out just how awful the lion cub petting zoos are.  They’ve also exposed how self-centered our attraction to dolphins can be and how dolphin swimming tourism is actually killing them.  Tourism is also killing the Masai culture in Kenya. The Kuna women of Panama can no longer identify the traditional spiritual meaning behind mola symbols because the fabrics are nothing more than commodity items for tourism. The Olympics and the World Cup events seem to leave disasters in their wakes no matter where they are held. Then there are the hedonistic party spots:  Lloret de Mar, Chiang Mai, Mykonos, Cancun, and so on. Global tourism also contributes an estimated 5% of greenhouse gas emissions.

“BUT WAIT!” you may be screaming by this point. IT DOESN’T HAVE TO BE THAT WAY!! Oh but it does.  Tourism itself is the problem.

Tourism is extractive. It is exploitative. Ultimately travel/tourism is yet another industrial machine with problematic roots in the western attitude of consumption and colonialism. In our consumption obsessed world, travel has become a possession. Travel as experience is simply another item to be purchased. Tourism is another symptom of the insatiable consumerism central to our post-modern days, something to cross off the bucket list. Over the past few years I’ve discussed the perniciousness that rests at the very foundation of the tourism industry….the pursuit of an idealized virgin culture and untouched landscape. An escape actually, because our culture is perceived as debased and utilitarian. So we take our EuroDollars out for a spin, desperate to buy something pure.

Tourism is also predicated on the concept of “the other” and that “the other” must be eaten. Anthropologist David Jobanputra says we have become “cultural cannibals.” That in order to assimilate something we perceive as priceless we consume it. Transnational tourism morphs culture into a commodity. Consuming is how we’ve come to value the world. It is requisite, Jobanputra says. What the West (but increasingly the wealthy of India, China, South Korea and so on) demands, the rest will be forced to supply. The tourism colonies are forced to kneel to the control of the whims of travel and tourism. Like all self-absorbed industrial industries, tourism is killing itself.

Many places are already sick of it. Barcelona is looking for ways to limit tourists.  Copenhagen and Paris have both instituted “quiet zones” to protect residents. France has made a high-tech replica of the Chauvet Cave to protect the real paintings from tourists. Buhtan is already famous for its strict controls on tourists. This week Nepal announced it will begin limiting the number of climbers on Everest. Rock climbers in North America are battling within their own community to protect archaeological resources before they are banned from certain areas. The industry itself is waking up to part of the predicament it has created. While the Travel and Tourism Collective Impact Summit, for example, is noble in its vision, it remains fundamentally flawed because it insists on pushing for the mass tourism that is itself the problem.

(See: The Revolt Against Tourism)

Eco and Geo tourism are well-meaning attempts to deal with this issue. These forms of tourism encourage the visitor to make their travel choices based on perceived benefit to local economies, people, cultures and environments.

Without a doubt there are folks doing very good things.  Without a doubt there are benefits. But those benefits are limited and eco-tourism itself threatens to become such a massive part of the travel industry as to negate itself. So-called “voluntourism” may actually be doing more harm than good. Buying carbon offsets for all your jet-setting may relieve some of your guilt as you blast through the atmosphere in that aluminum tube but you’re actually just contributing to climate change. Want to reduce your footprint? Stop flying. Intent hardly matters. My interest in climbing a mountain is not about conquering nature. But my erosional impacts are the same. While I’ve pushed and will continue to push for a BETTER form of tourism, defining “sustainable” isn’t easy. So while eco-travel is well-meaning to be sure, it remains an extractive industry.

Thanks to our generation’s addiction to consumer experiences, tourism’s suicide may come swiftly. Within just a generation, I fear travel will be out of reach for a majority of people.  Within a generation most tourism/travel will be exclusively for the wealthy. Eco-tourism is, by-and-large, already out of reach for most people. Much of this added expense will come from costly restrictions travel/tourism seems to be begging for right now. These wealthy travelers will also be DEcreasingly Westerners as China and India continue to produce massive wealth gains.  This elite tourism will continue to be defined by the imbalance of power inherent in today’s travel industry.

Most families and wanna-be travelers will know the world only from their living rooms via the television or even virtual reality. Mass tours of iconic sites like the Grand Canyon, Trafalgar Square, Eiffel Tower, Mesa Verde, Il Duomo and Macchu Pichu are already a mere stampede of cattle. They will only get worse, becoming rapid, time-limited cattle calls slathered in bureaucracy.

Tourism’s suicide will be the least brutal in the communities that start taking control of the situation and integrate tourism into their overall planning and economic efforts. This will mean more restrictions, a better distribution of benefits and yes, even severely limiting numbers.

As with climate change it is our own fault really.

Speaking of the environment…In 2014 Swedish and Dutch researchers predicted that by 2050 the tourism industry would consume 189% more land and 92% more water than in 2050. Carbon emissions from long-haul flights will skyrocket.  Regulations and new technology to deal with these emissions increases will drive ticket prices out of the reach of many. Being green might very well mean staying home. STAY-CATIONS are a thing, too, ya know!?

Yes.  Sadly, like everything we are doing to the planet right now, tourism/travel is a consumption-based extractive enterprise that seems to me to be in the process of committing suicide.

Dear Commenter: If you have nothing more intelligent to add in the comments than “if you have a problem with travel then stay home!” I will delete your comment.