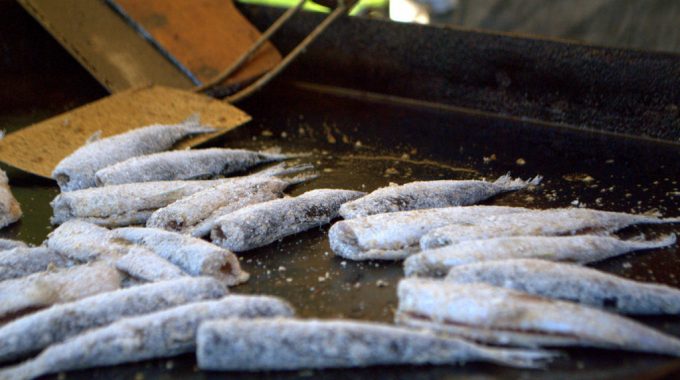 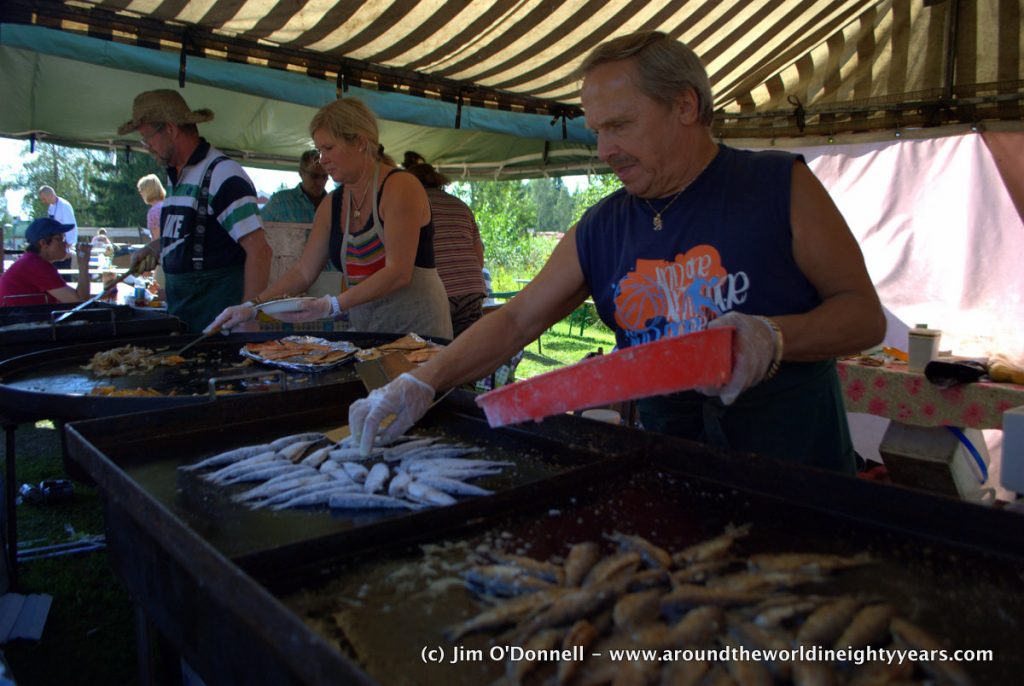 Finns are going to laugh at me for this post but I don’t care. I LOVE fried muikku!

In English we know this little freshwater fish as vendace, Coregonus albula. In Finnish it is muikku. A member of the Salmonidae family the muikku is a type of whitefish found throughout the lakes of northern Europe. It can also be found in the waters of the Gulf of Bothnia near to where I am now. Remember, the gulf is brackish, salty tasting if you get it in your mouth but generally it is rather fresh.

Vendace mainly feed on zooplankton, such as small crustaceans and their larvae. The fish live in schools made up of large groups of individuals. They lay their eggs on pebbly or sandy ground. The length of an adult is normally about 25 centimeters (9.8 in). The maximum age reached by this fish is about ten years.

Traditionally, the muikku is one of – if not THE – most important freshwater commercial fish in the north. The roe is a delicacy. I’ve never had the roe unfortunately. The vendace roe I’ve seen for sale over time has been FAR too expensive for your humble traveller. 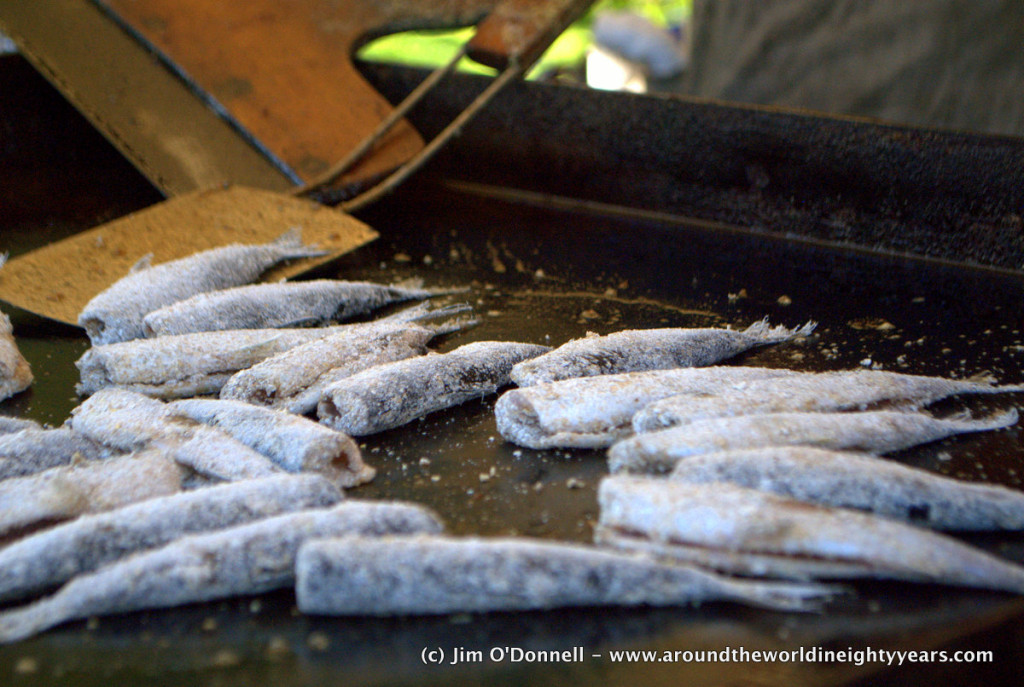 Yesterday, I went down to Isokylä where, from time to time, they hold a 1700’s-style market next to a nearly 800-year old church. Generally it is a big crafts fair where people bring their homemade clothing, baskets, carved spoons, remedies, jams and the like and they sell dressed in costumes and, for some, in character. It really isn’t any different than many of the craft fairs we see touring in the states. In fact, what stuns me somehow is that many of the items for sale, particularly the ceramics, are no different that what Americans see at the touring craft fairs that come through places like Taos. There is very little origionality in craft fairs be it in the USA, Finland or what have you….but that is another digression….Given that this is Finland the photography for sale, the carved wooden items and the metal works are the only really unique things to be found.

And the food. Like muikku. I went to Isokylä specifically for the muikku.

It is a pretty simple recipe. The fish are cleaned but not deboned. On most, the bones are so thin and soft you can actually eat them. They are moistened and rolled in a breading made of rye flower, salt and pepper. Then they are fried in butter.

“Always butter!” The woman cooking yesterday told me. “Never cook them in oil. It will ruin them. And no fake butter. Real butter is the only thing!” 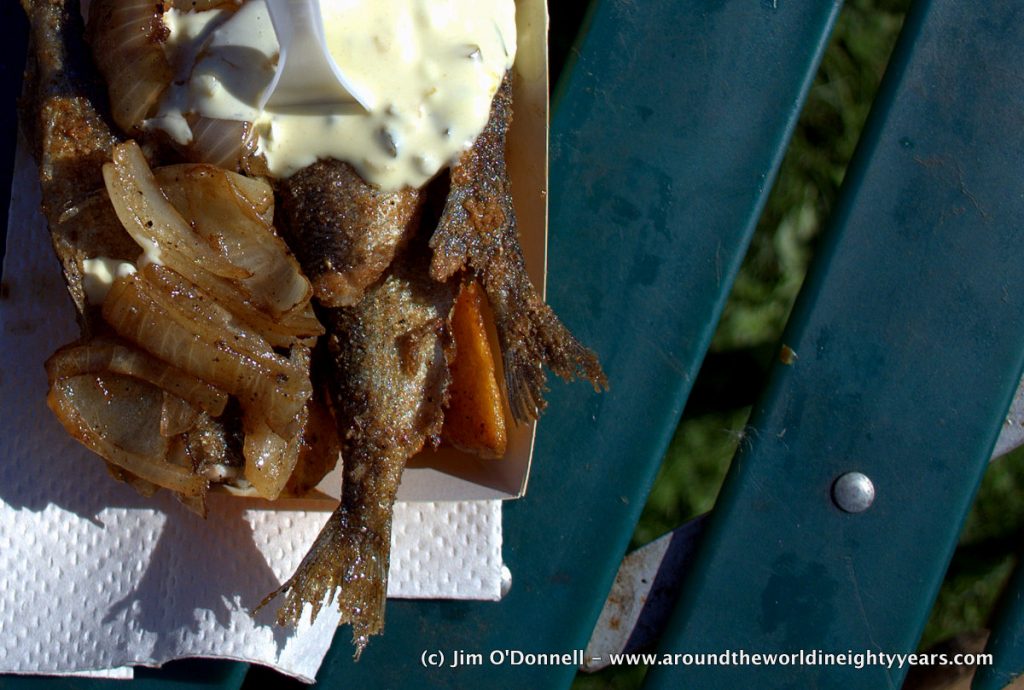 So fry them up in butter and serve in a bowl with potatoes, fried onion and a simple garlic sauce. Wonderful. One of my favorite Finland foods.

Oh. And if eating the bones that isn’t your idea of fun then you can hold the muikku up by the tail and easily strip off the meat.