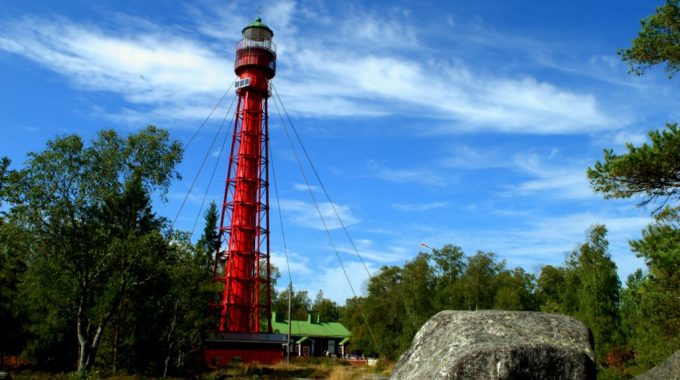 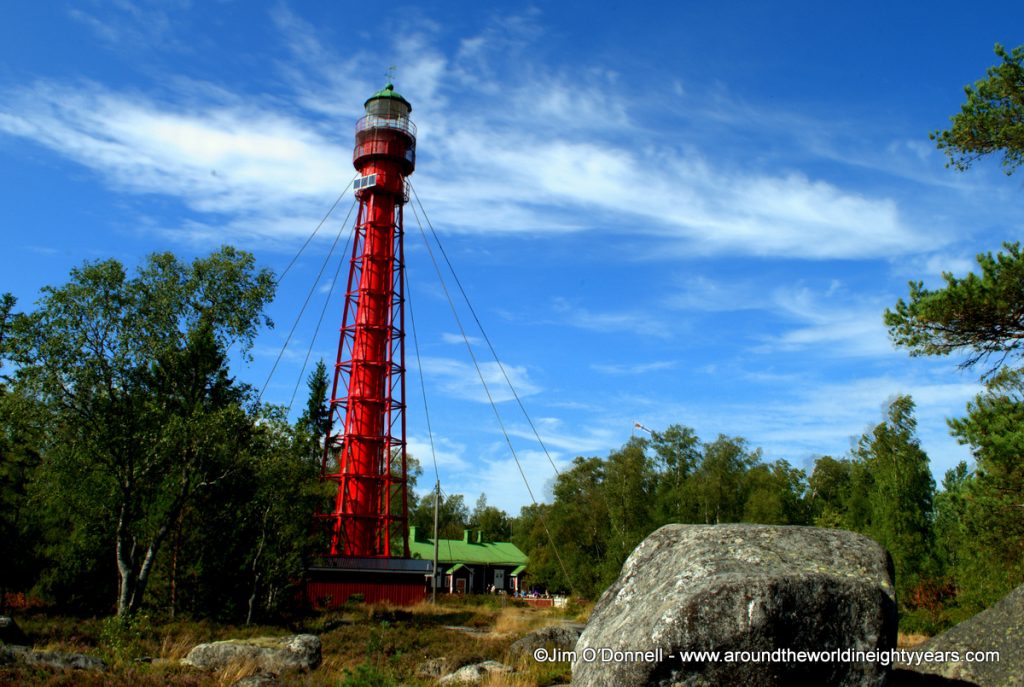 There is a little island out in the middle of the Gulf of Bothnia that feels like it is a thousand miles from anywhere. The mainland to the east is just out of view behind the curve of the Earth or perhaps behind a thin bank of clouds laying just above the horizon. West, towards Sweden all there you can see is blue water sloshing lazily like in a bathtub. Two sea eagles catch a thermal and float slowly up in wide circles against a canvas of puffy blobs of clouds lined from the southwest to the northeast.  You’re near the Artic Circle but it is August. And hot.

The Gulf itself feels like it is a thousand miles from anywhere.

Still, just 23 kilometers out over that water is the Swedish island of Holmsö and then just beyond that is the mainland. Once upon a time the Gulf would freeze solid in the winter. Those were the days before climate change and constant ferry and freighter traffic when one could travel by sleigh across the fat thumb of water and trade in salted hearing or seal skins during the winter was brisk. 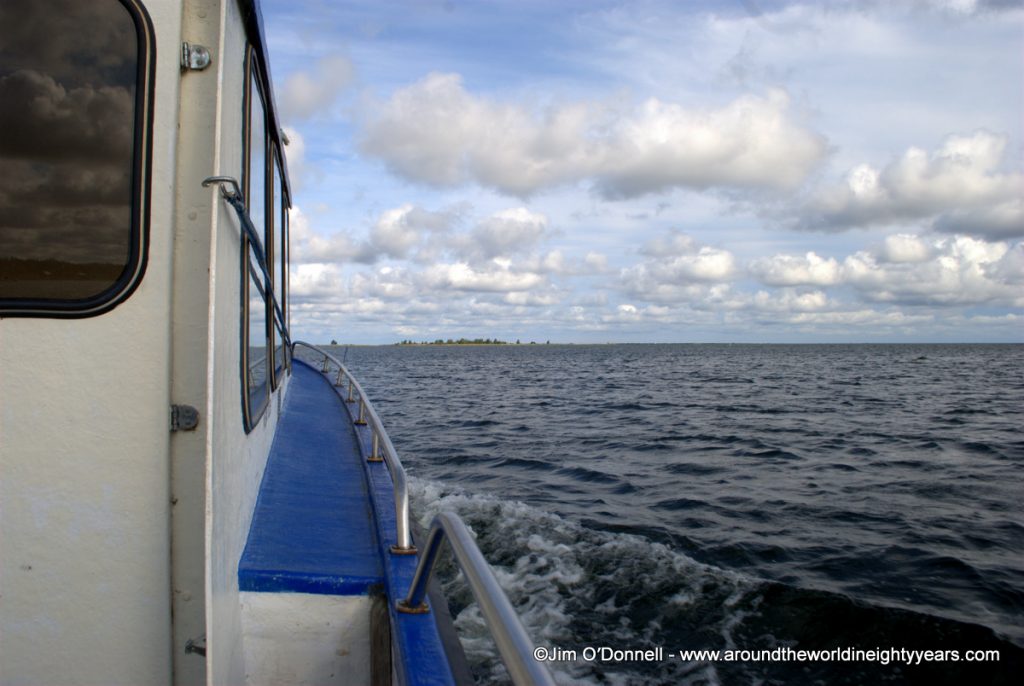 So the story goes….something like 100 to 120 years ago or so a well-off woman from Vaasa came to the island for a nature outing and found human bones scattered all over the island. This offended her bourgeoisie sensibilities.  More than just a little bit.

She wrote that the seasonal fishermen and seal hunters camped on the island used skulls for drinking cups and ashtrays. They were just Russian bones, the fishermen told her, they weren’t really deserving of respect.  And anyway.  They’re just bones.  The dead don’t care.

She initiated a push for a clean up, proper burial and for a monument to be built. They may have been Russians but they were still humans. Or had been anyway. 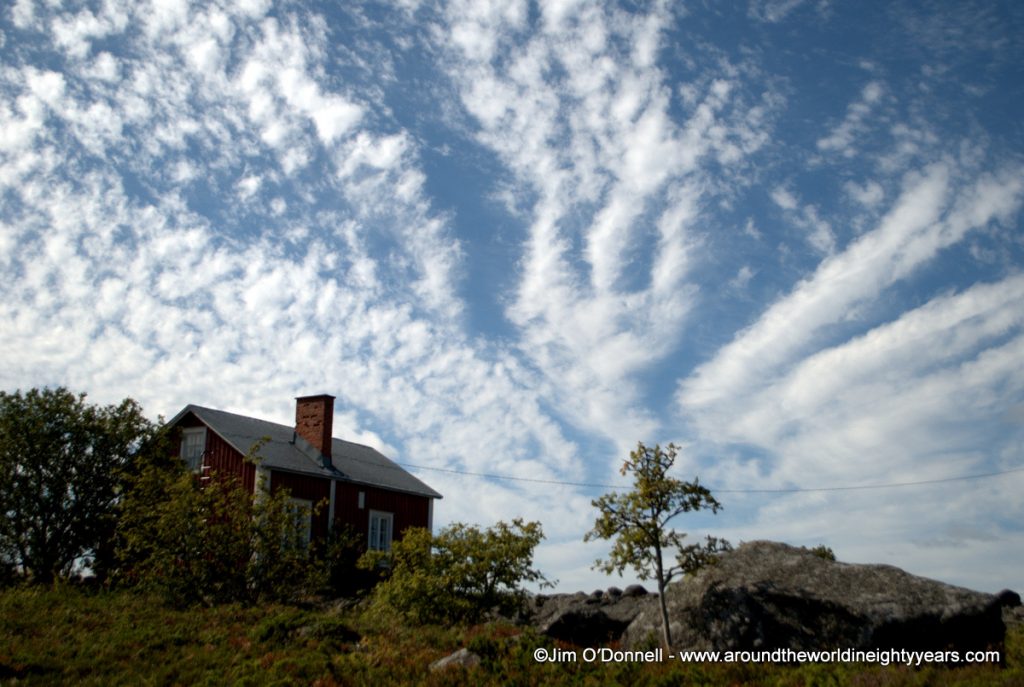 Michael Andreas Barclay de Tolly used that iced-over route from Finland to invade Sweden in the winter of 1809. De Tolly wasn’t a Russian but rather a German-speaking Scot born in what is now Lithuania and in charge of the Tsar’s plan to put Sweden out of commission and end the Finnish War by sacking Umeå in a surprise attack and forcing them to the peace table. It was a successful move. The 3,700 Russians took the city giving de Tolly a European-wide reputation as a daring strategist.

But on the return near spring in 1810 his men ran out of food and then a storm caught them and they froze. Some made it to Valsörarna – to die. Hundreds of them, their bodies scattered where they fell and remained for nearly 100 years until finally being gathered and buried under a stack of stones at Äbbskär.

Barclay de Tolly was a hero.  Never mind the dead. 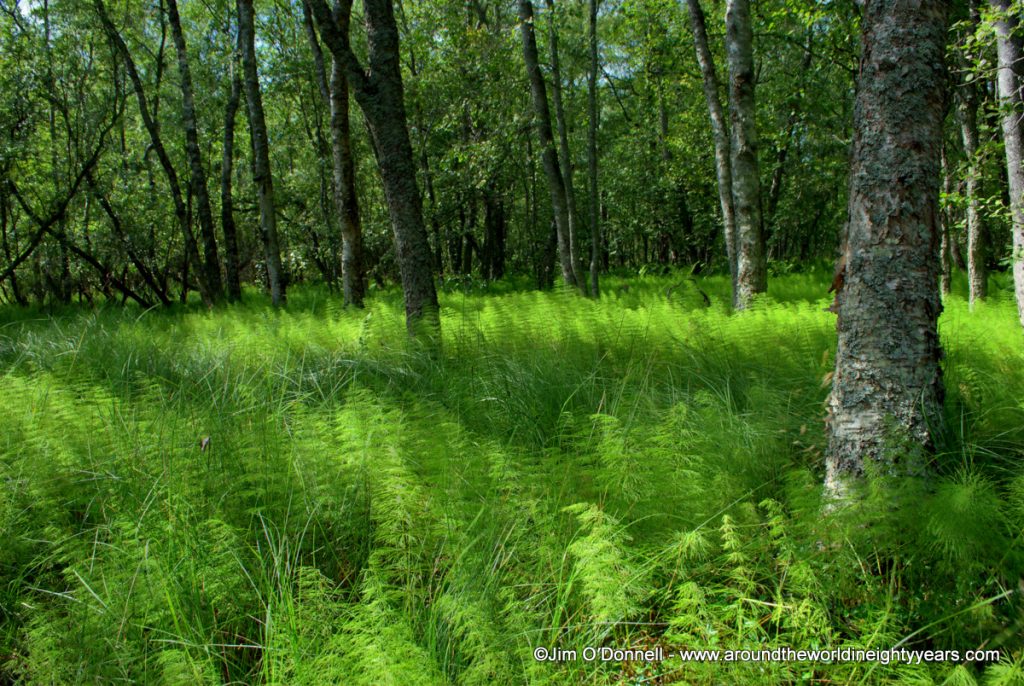 I’ve written before how the islands of the Kvarken World Heritage Site are still rising from the sea. Valsörarna is no different. One of the larger islands in the outer reaches of the archipelago it nonetheless didn’t even exist a thousand years ago.

Although the name is Swedish, it is of Finnish origin and means more or less “whale islands” which is curious because there aren’t any whale in the Gulf nor in the Baltic Sea in general. Some say that it has to do with the way the island looked as it rose from the sea….the rocky shore and moraine top resembling a whale. Perhaps, but doubtful to me. 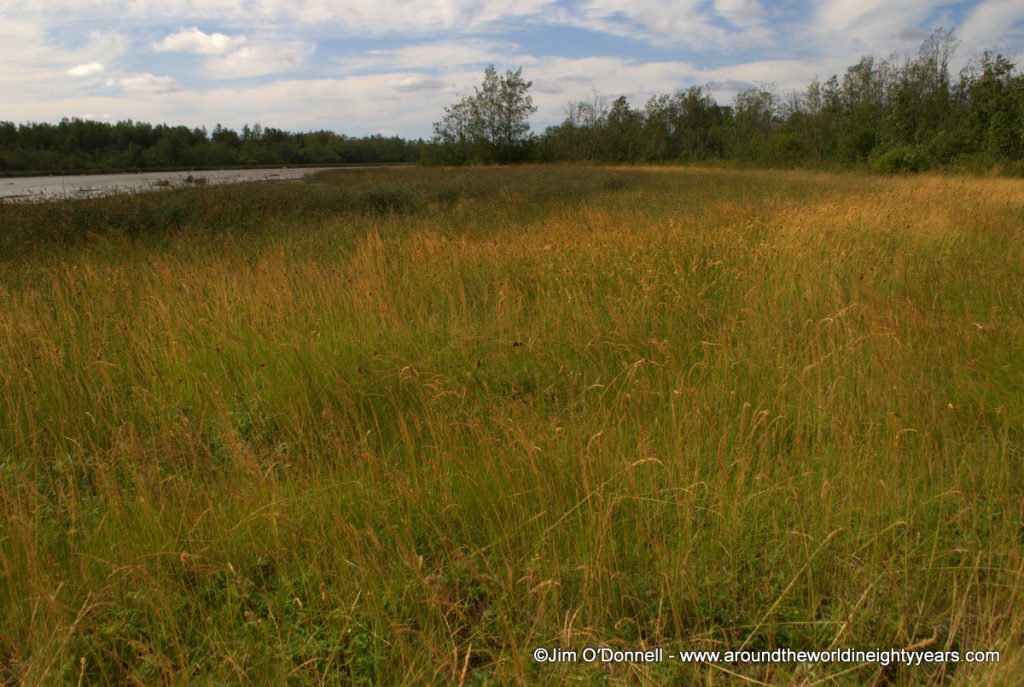 Most likely the island had a marker on it from soon after it rose from the sea. Perhaps a vippipooki or a bonfire or even just a sail-mark made from a tree. But by the 1850s sea traffic had increased to the point where a real lighthouse was called for. Still, no one took the calls for investment seriously until one night in 1879 when five boats wrecked and sunk on the island…all in one night.

The government commissioned Henry-Lepaute to design the Valsörarna Lighthouse. Lepaute worked for Gustave Eiffel’s engineering company and had participated in the construction of the Eiffel Tower. Interesting because the same engineering company had something to do with this lighthouse.

The Valsörarna Lighthouse was finally installed on the Storskär mound in 1886. It operated into the 1980s. 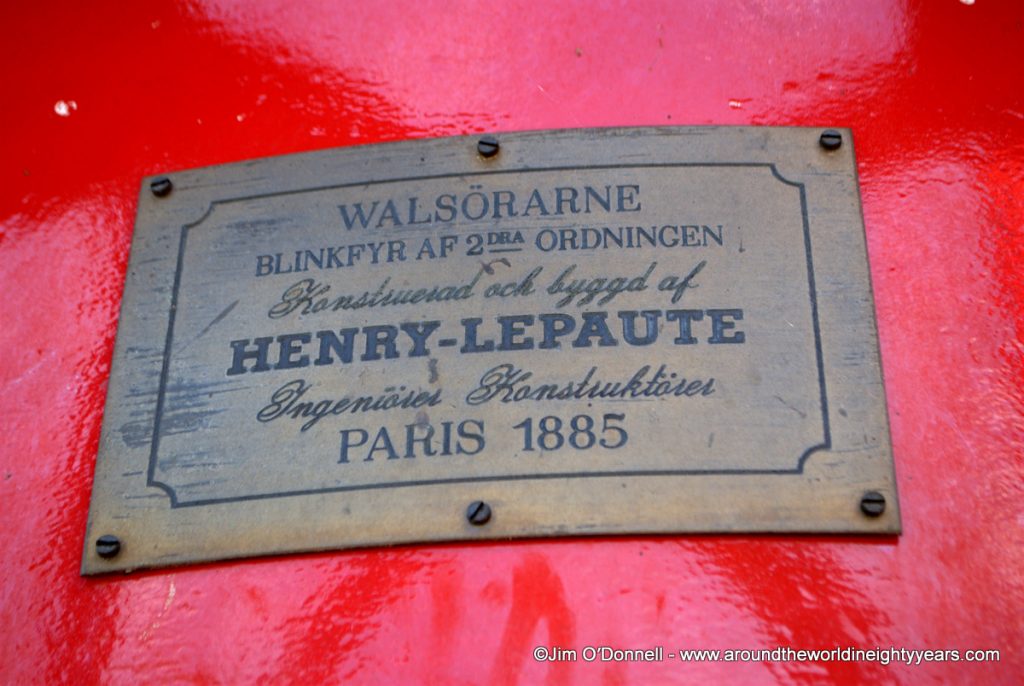 Sunset on the Norra Kvarken