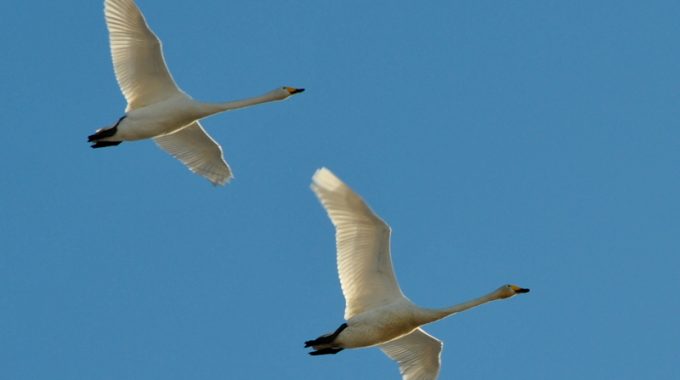 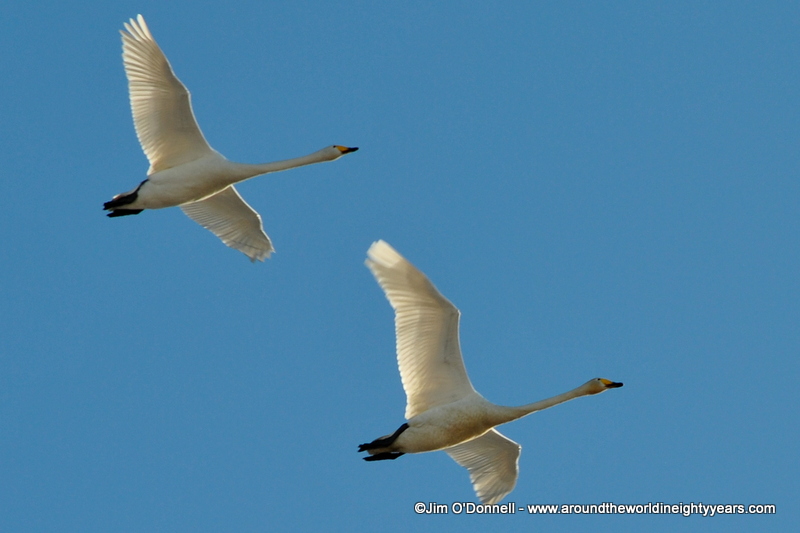 My shot for today is actually a year old. One year old exactly in fact.

These Whooper swans passed over the kids and I on March 5, 2012 while we played on the ice in the Gulf of Bothnia next to Vasa, Finland.  The Whooper swans (the national bird of Finland) were heading north into the Kvarken Archipelago as the ice was beginning to break.  The day was unseasonably warm, bright, blue and wonderful.  The only thing that drove us off the ice was hunger.  We’d forgotten our snacks.

A bird endowned with symbolism throughout Europe….

Whooper swans require large areas of water to live in, especially when they are still growing, because their body weight cannot be supported by their legs for extended periods of time. The whooper swan spends much of its time swimming, straining the water for food, or eating plants that grow on the bottom.

Whooper swans have a deep honking call and, despite their size, are powerful fliers. Whooper swans can migrate hundreds or 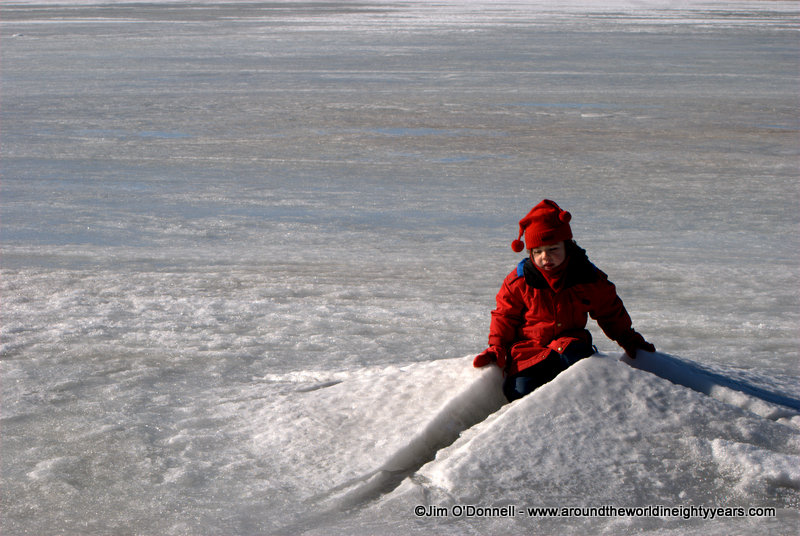 even thousands of miles to their wintering sites in southern Europe and eastern Asia. They breed in subarctic Eurasia, further south than Bewicks in the taiga zone. They are rare breeders in northern Scotland, particularly in Orkney, and no more than five pairs have bred there in recent years. This bird is an occasional vagrant to the Indian Subcontinent and western North America. Icelandic breeders overwinter in the United Kingdom and Ireland, especially in the wildfowl nature reserves of the Royal Society for the Protection of Birds and of the Wildfowl and Wetlands Trust.

Whooper swans pair for life, and their cygnets stay with them all winter; they are sometimes joined by offspring from previous years. Their preferred breeding habitat is wetland, but semi-domesticated birds will build a nest anywhere close to water. Both the male and female help build the nest, and the male will stand guard over the nest while the female incubates. The female will usually lay 4-7 eggs (exceptionally 12). The cygnets hatch after about 36 days and have a grey or brown plumage. The cygnets can fly at an age of 120 to 150 days.